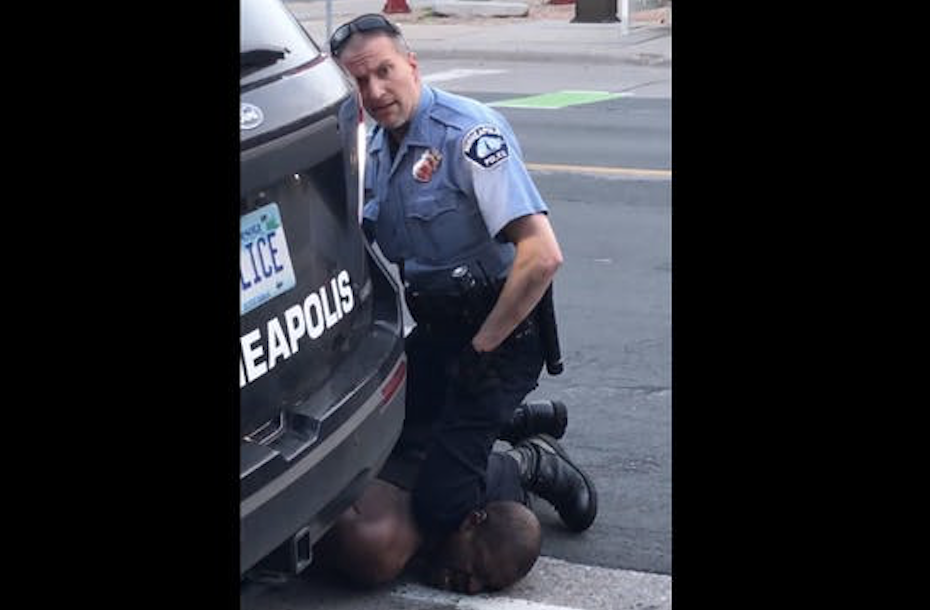 Six years after Eric Garner uttered his last words, “I can’t breathe,” while in a chokehold by a New York police officer, another Black man has unfortunately suffered a similar fate.

On Monday evening, George Floyd was killed by a Minneapolis cop and the incident was caught on camera. Floyd was arrested during what police called a “forgery in progress”, however, during the arrest, Floyd was placed face down on the concrete and handcuff while officer Derek Chauvin placed his knee in his neck and kept it there, even while George repeatedly pleaded, “I can’t breathe.”

As you can see in the video, Floyd becomes motionless, and even after another officer checked his pulse, the cop with his knee in George’s neck never moves. George was placed in an ambulance, taken to the hospital and died.

The officer has been placed on administrative leave. The Mayor of Minneapolis has spoken out stating, “Being Black in should not be a death sentence … When you hear someone calling for help, you’re supposed to help. This officer failed in the most basic, human sense.” Minneapolis Police Chief Medaria Arradondo also spoke out condemning the incident.

My remarks delivered earlier this morning and video below. https://t.co/qC2IgWdm1T pic.twitter.com/XWXhSygaCY

The public outcry is intense as people pled. Prayerfully, George Floyd receives the justice Eric Garner never got — the officer in that incident was never charged for his heinous crime.

Minneapolis police officer Derek Chauvin and his accomplice Tou Thao cruelly put George Floyd in a brutal chokehold until he died. He told them “I can’t breathe” and begged for his life. Talk about abuse of power 😡🤬 #MinneapolisPolice #AbuseOfPower #racism pic.twitter.com/EicX8bTfmO

Please I can't breathe!..another senseless killing of a black man by the police. #JusticeForFloyd https://t.co/uBMMZyS2Mu

He pleaded he couldn’t breath—a Cop kept his knee in the back of his neck until he died.

Armed militias have spent weeks waving guns at cops w/o restraint. But a handcuffed black man…😓#BlackLivesMatterpic.twitter.com/NVX8j69s21