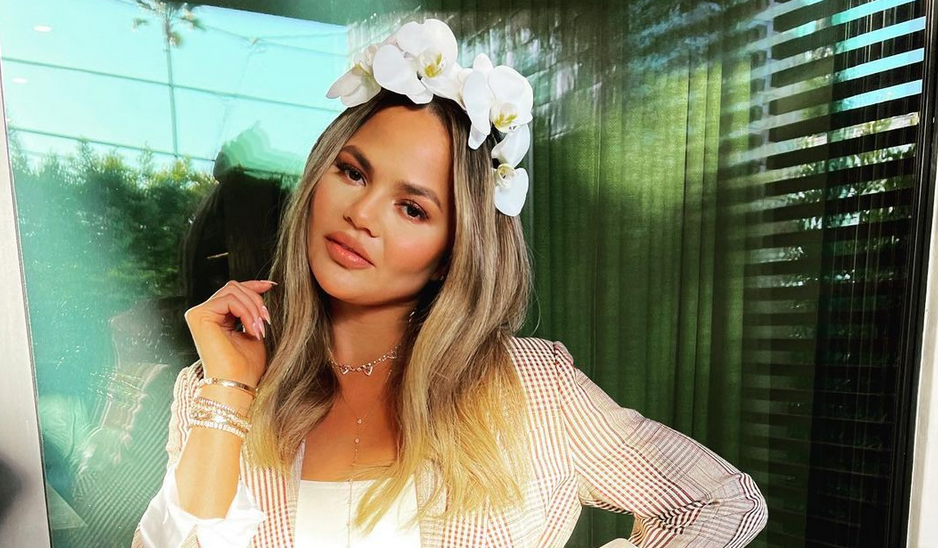 It’s the end of an era. Chrissy Teigen, who got much of her notoriety from her hilarious quips on Twitter, has now decided to leave the social media platform … again. But, this time the reason why has fans scratching their heads.

If you’ve been paying attention, Teigen’s announcement came as no surprise. For days now she’s been lamenting on the non-stop bullying and negativity flooding her Twitter timeline — and so when she took to that same timeline to reveal she was leaving, saying that the bird app no longer served her as positively as it did negatively, it wasn’t a total shocker. 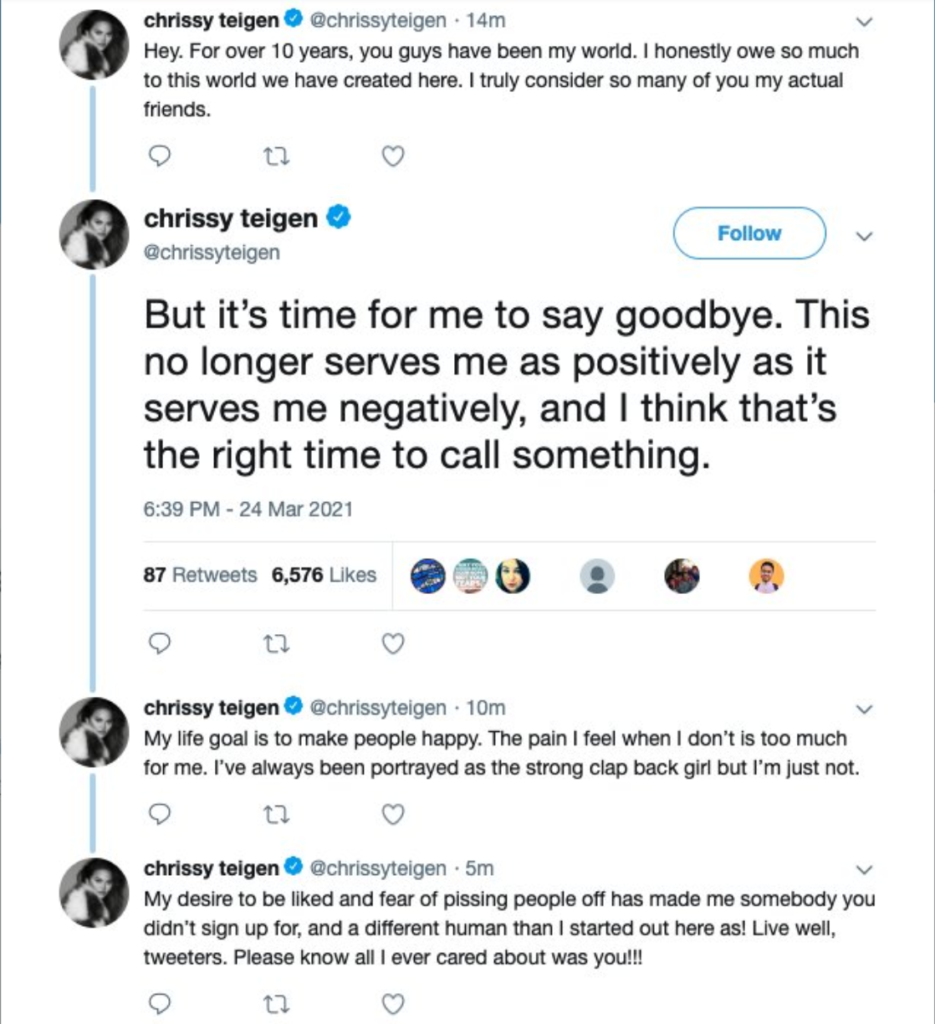 So Chrissy Teigen deleted her account. So basically a woman of color who is grieving the loss of a child and simply wanted to share funny thoughts and yummy recipes was bullied to such an extreme that she had to leave in order to protect her mental health. Good job sucky people. pic.twitter.com/0opttM0Eke

It takes some really shitty, broken ass miserable people to cheer the departure of Chrissy Teigen from Twitter due to their bullying.

Raggedy ass bitches, you have nothing but misery in your lives.

It’s weird how proud some are of bullying Chrissy Teigen off twitter.

Like you know she’ll still be rich and pretty and famous.

And now she won’t have to deal with the annoyance that is you.

“It’s not the “bullying”. And it’s not the trolls. The trolls I can deal with, although it weighs on you. It’s just me. I have to come to terms with the fact some people aren’t gonna like me. I hate letting people down or upsetting people and I feel like I just did it over and over and over.”

If you remember, Chrissy quit Twitter last May, too, after a online beef with food columnist, Alison Roman. She also left Twitter briefly in 2014, as well. So, with her history of chucking the deuces to her Tweeps … and then returning, do you think she’ll really stay gone forever?

Lamar Odom is stepping back in the boxing ring, but this time against a former heavyweight champ. After beating child...