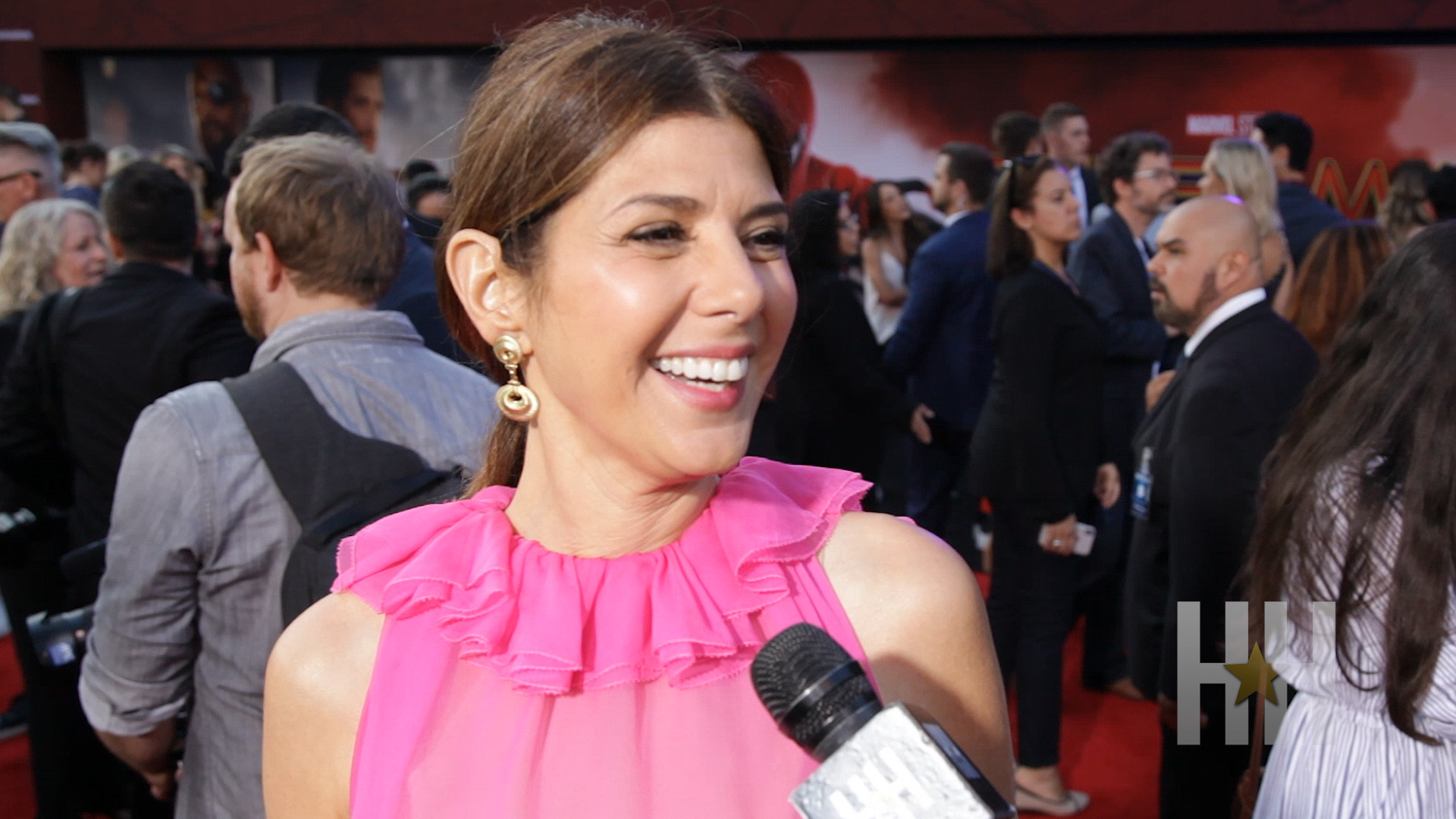 Marisa Tomei may have only spent one year at Hillman college but she still counts herself as an alum.

HipHollywood caught up with the gorgeous actress at the premiere of Spiderman: Far From Home about her time on A Different World and she has nothing but fond memories.

“That was one of the most fun times in my life, that period,” she said adding that the show (and cast) has been on her mind as of late.

On the sitcom, which was a spin-off of The Cosby Show, Tomei played Margaret “Maggie” Lauten one of the HBCU’s only black students. When asked where would the naive, yet spunky girl be now, she told us probably back at Hillman.

A Different World debuted in 1987 following Lisa Bonet’s Cosby character Denise Huxtable as she attended Hillman College. During season 1, Bonet (who was then married to Lenny Kravitz) got pregnant and was forced to exit the show. According to Tomei she too was let go once new director Debbie Allen stepped in and re-tooled the show.

Nevertheless she has no hard feelings. Fun fact: She and Cree Summer are still best friends with Bonet and are the godparents to all her children.

Life After The Accident: Melyssa Ford Is Back And Better Than Ever