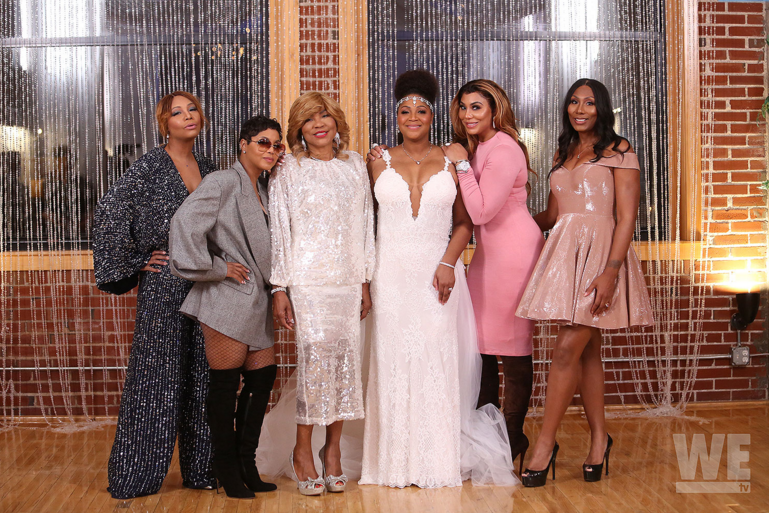 In the days leading up to season 7 of Braxton Family Values, the Braxton sisters are talking about what to expect and their family drama — namely sister Tamar’s suicide attempt.

On a recent episode of “Out Loud With Claudia Jordan” Trina, Towanda and Traci Braxton say they initially found out via social media.

Trina and Towanda shared their two cents about his 9-11 call and also Tamar’s reaction to the new super trailer for Braxton Family Values. As you know Tay Tay is big mad at WeTV for using her pain for profits, but the sisters say that’s not case.

“During season 7 of Braxton Family Values we do not talk about Tamar’s physical or mental health,” said Trina. “Tamar has her own story to tell and it’s very important for Tamar to tell her story in her way whenever she decides to tell it. We in no way shape or form addressed how Tamar is doing or how Tamar is feeling. We only addressed how we felt, as we’re doing now, how we felt when the situation happened when it came to us.”

Towanda added had they gone on with the show and not said anything about Tamar’s suicide attempt, they would have been criticized for that, too.

She also denied Tamar’s claims their reactions were staged for the show.

“It was merely a question that the producers asked us, ‘hey how did you feel when this happened’ … like you’re asking us now,” said Towanda. “It was just a question, I don’t look at it like a re-enactment.”

Tamar told Tamron Hall during a recent interview that she is not only done with WeTv but also reality TV. She also said she’s not in a good place with her family and stopped following her sisters on social media.

“It’s not like she’s never done that before,” Towanda said. “She’s unfollowed us before. We don’t measure our family and our relationship with social media. We just don’t. That’s just what it is.”

“Even though she un-followed us on social media doesn’t mean she doesn’t talk to us in real life,” Trina added. “So people can have whatever perception they want to have.”