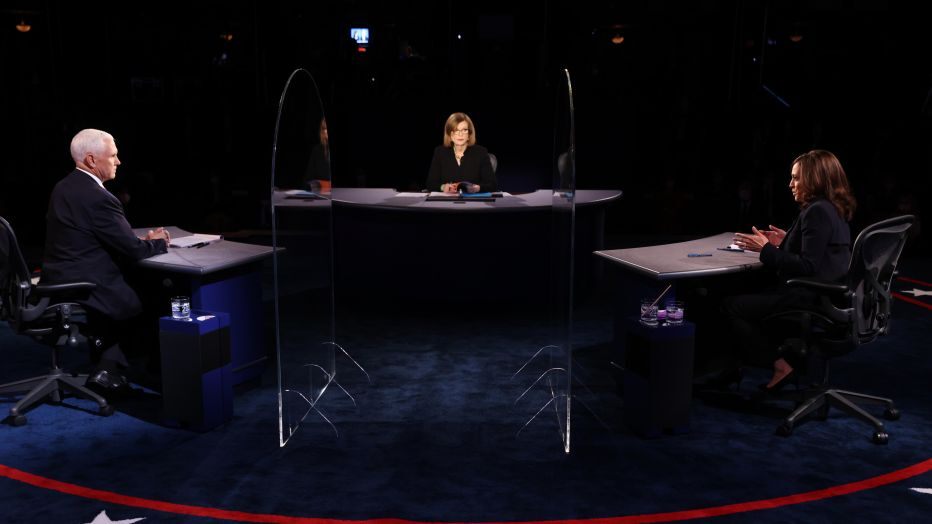 The event, held at the University of Utah in Salt Lake City, was a more civil one compared to last week’s presidential debate between President Donald Trump and Democratic nominee Joe Biden.

Senator Kamala Harris held her own and let Vice President Mike Pence know she wasn’t going to tolerate disrespect, at one point even telling him “Vice President I’m speaking, I’m speaking” when he interrupted her.

Pence on the other hand didn’t answer any of the questions, looked like he was getting pink eye and at one point had a fly land on his head and didn’t feel it.

Jemele Hill said it best when she tweeted: “I know ya’ll see that fly on Mike Pence’s head. makes sense since flies are attracted to shit.”

I know y’all see that fly on Mike Pence’s head. Makes sense since flies are attracted to shit.

Needless to say The Fly, I’m Speaking, Thank You Vice President (because the moderator Susan Fage sucked) were trending on Twitter. We’ve rounded up some of the best reactions below.

That fly is an American hero.

Pence came in 3rd after THE FLY

Update: The fly has just checked into Walter Reed.

First COVID and now Pinkeye! What other contagious disease do they have? #PinkeyePence #VPDebate pic.twitter.com/O9zinmh2Xu

Susan “thank you Vice President pence” is not getting it done. Who moderates the moderator?

If I hear this moderator say: “Thank you Vice President Pence” one more time I’m going to SCREAM!

“Go over your time again & watch me come over there Mike!” He’ll shut up then! #VPDebate

Let me tell y’all how it lifts my spirits to see this brilliant black woman sit on this debate stage and tell this white man “IM SPEAKING”.

When Kamala said “IM SPEAKING” every single woman felt THAT

IM SPEAKING has the same energy as pic.twitter.com/C7HmIFvVBw

Remember this moment the next time a man starts talking over you in a meeting. 🤚🏼 #imspeaking pic.twitter.com/HYh7QWIotP