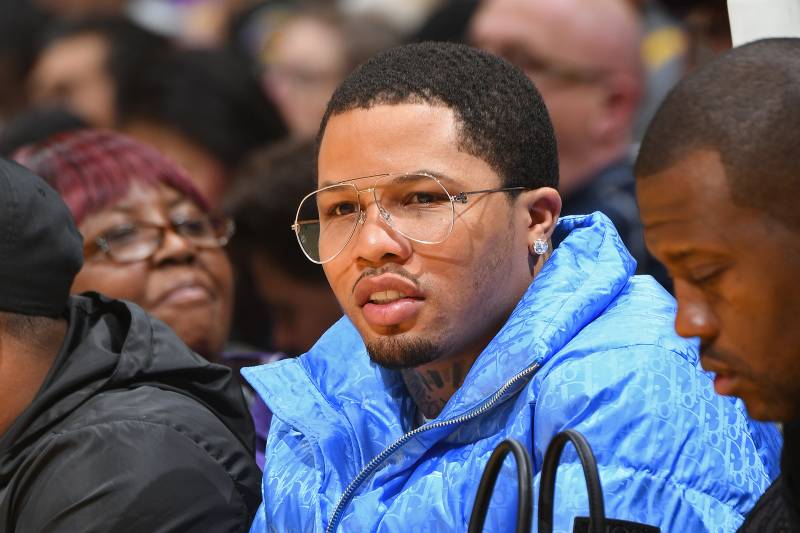 Can the popo please lock up Gervonta Davis?

In February, a video went viral of the boxer angrily snatching up his girlfriend Andretta Smothers at a basketball game at the Watsco Center during Super Bowl weekend. The footage was pretty disturbing to say the least.

Now there’s more. Another video has popped up, showing the lightweight boxing champ from another angle, attempting to swing at Smothers.

In the video, pulled from the venue’s surveillance cameras, Davis seems to rear back and swings a punch at Smothers before she comes out of a doorway. ﻿You can see moments later, she charges right back at the boxer. Then in the scuffle, you see her pulled out and a gentleman squares up against the professional boxer, almost like “what’s good.”

As previously reported Gervonta was arrested that night after law enforcement officials got wind of the video.

Following his arrest he responded on social media. In a now deleted video he said, “I never once hit her … yeah I was aggressive and told her come on. That’s the mother of my child. I would never hurt her.”

Cops say the woman suffered injuries to her lip and left jaw in the altercation.

Smothers sued Davis, 24, for “domestic family violence” back in August 2016.

According to court papers obtained by BOSSIP she was so afraid that she asked a judge to issue a temporary restraining order. However, the following month, Smothers voluntarily agreed for the case to be dismissed one day before she was supposed to have the hearing on the restraining order. The entire case was eventually sealed.

We truly hope she has stopped dealing with Gervonta for good. Smothers has one child with the 25-year-old Floyd Mayweather protege.

Joe Budden vs. Jay Electronica: Is This A Beef Or A Bromance?

Jada Pinkett-Smith finally came clean about her relationship with August Alsina. On Friday she dropped a surprise episode of Red...