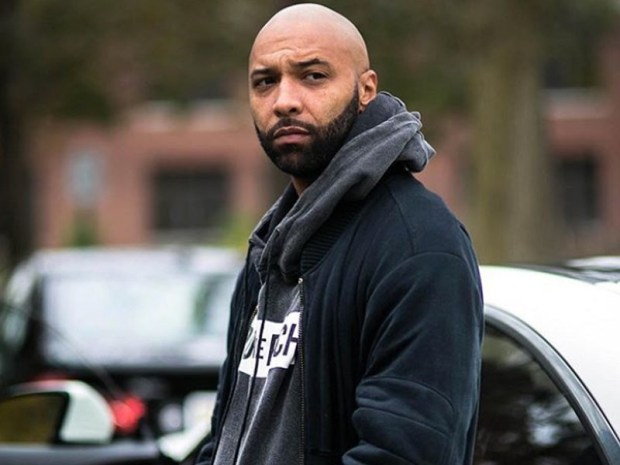 In the words of the Jiggaman — is it Oochie Wally or is it One Mic? That’s how folks feel about the recent war of words between rappers Joe Budden and Jay Electronica. While it’s apparent the two MCs are beefing, they do it with words of affirmation and it’s confusing as hell. Ironically, the bickering involves Jay Z, as well.

Just last week, Electronica dropped his highly anticipated (10 years in the making!!) LP A Written Testimony. Most fans were thrilled, while some were underwhelmed. You can count Budden amongst the latter — not just because of the content, but also because Jay Electronica decided the project should be a joint one with Jay Z. During Saturday’s episode of the Joe Budden Podcast, Joe called the decision a “mistake”, while also bashing Elec’s bars.

As you can imagine, that didn’t sit well with the “Exhibit C” rapper. He started by responding to this fan discrediting Budden’s standing in hip hop … and then things snowballed.

I never got absolutely mopped around on my own project either… @ me, not Rory. https://t.co/SfMRZ4BaVR

i never heard your albums bro. may Allah bless your career as a journalist. 🙏🏿🙏🏿🙏🏿

I took you off yours & it’s a Hov mixtape now… Peace be unto you as well King. https://t.co/6KMlXKNqpP

The most cordial clap-back you will ever read — and, of course, Twitter thinks it’s hilarious.

75% of listeners: Jay Electronica album wasn’t what we expected after such a long wait

Joe Budden: Jay cooked you on your own shit and Peace be unto you my brother

Niggas saying Joe Budden can’t critique an album because y’all feel like he doesn’t have a classic album.. how does that make sense? You niggas 36 and didn’t finish high school and speak on shit you clearly don’t know about all the time.

The most consistent thing in music is artists getting deep in their feelings when Joe Budden doesn’t enjoy their music.

And proceed to try to downplay HIS ability because of it.

Who’s side you on?

How Many Is Too Many? Jobs Are Now Tracking Co-Worker Coughs!

Jada Pinkett-Smith finally came clean about her relationship with August Alsina. On Friday she dropped a surprise episode of Red...