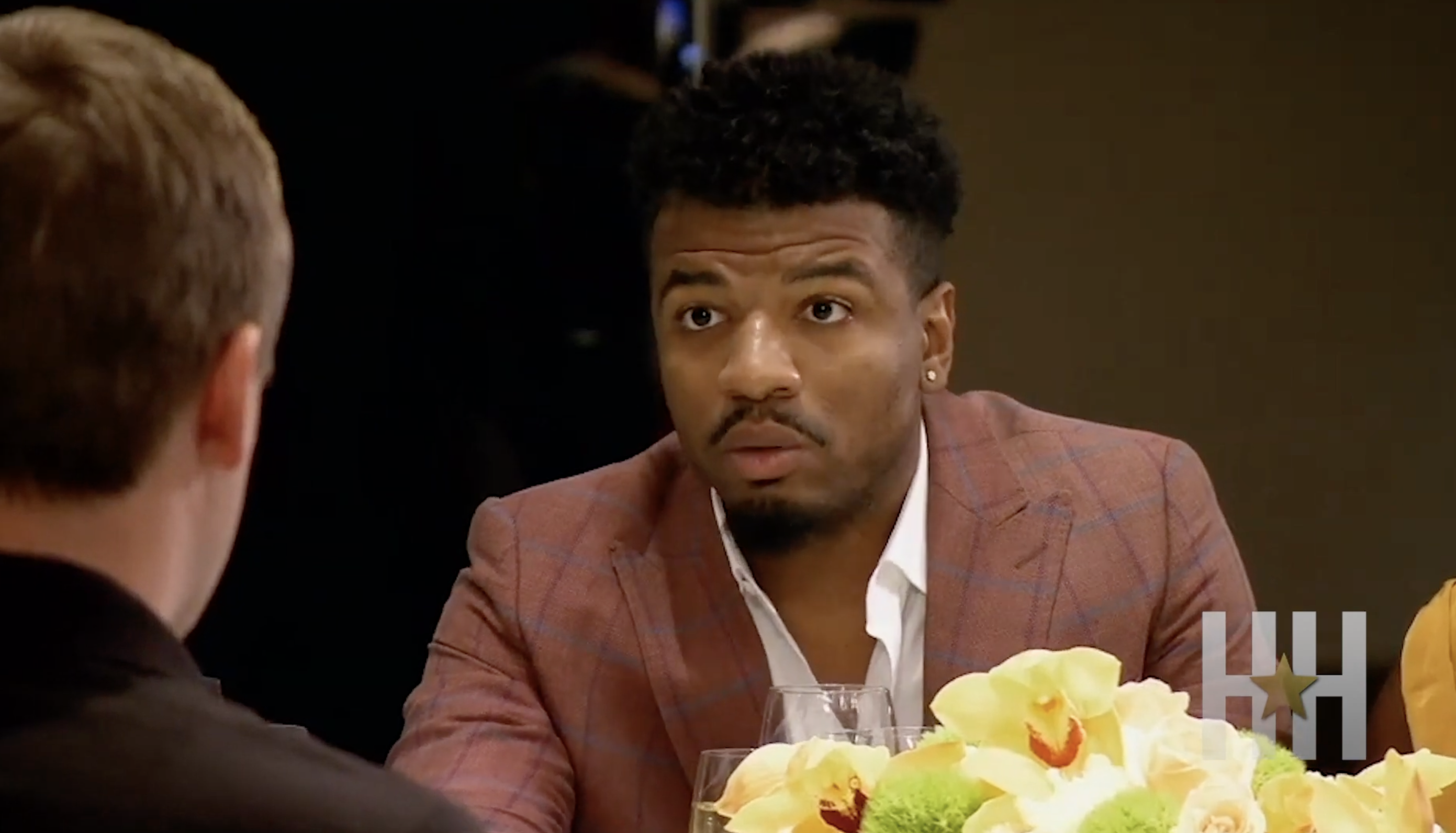 Chris Williams is at it again on a new episode of “Married at First Sight.”

HipHollywood has an exclusive clip from Wednesday night’s episode where tempers flare, especially for Williams. Still reeling from news that his ex-fiance is pregnant, the 27-year-old explodes on one of the other couples.

If you caught last weeks’ episode then you know he told the other four couples — Clara and Ryan, Haley and Jacob, Briana and Vincent, and Virginia and Erik — the shocking news. Unfortunately the latter couple made a few comments that didn’t sit well with Williams. At dinner things get really tense when he confronts them about the things they had to say.

“It was an issue with stuff that was said,” Williams says in the clip.

“And I apologize,” Virginia offers. “If you’re being disrespectful as f—k to me —.”

“I don’t give a f—k about you,” Williams then says before the whole cast gets into a screaming match.

The couples are still on their honeymoon trip in Las Vegas, but apparently it’s not all smiles and happy times.

“They have been disrespectful all week, so I am going to make life a living hell on this freaking bus,” Williams says in a confessional clip.

As previously reported, Chris and Paige’s marriage has been filled with drama from the start, as Chris had to tell his new bride that his ex-fiancée was six weeks pregnant with his child at the time of their August 2020 nuptials.

He also shared with her after their wedding night that he was not physically attracted to her. Needless to say we’re hooked, and can’t wait to see how it all unfolds in the coming weeks.

“Married at First Sight” airs at 8 p.m. ET on Lifetime.

It’s so harddddd, to say goodbyeeee, to yesterdayyyy. Grab your kleenex and your fiercest fashions — the category is tragic...