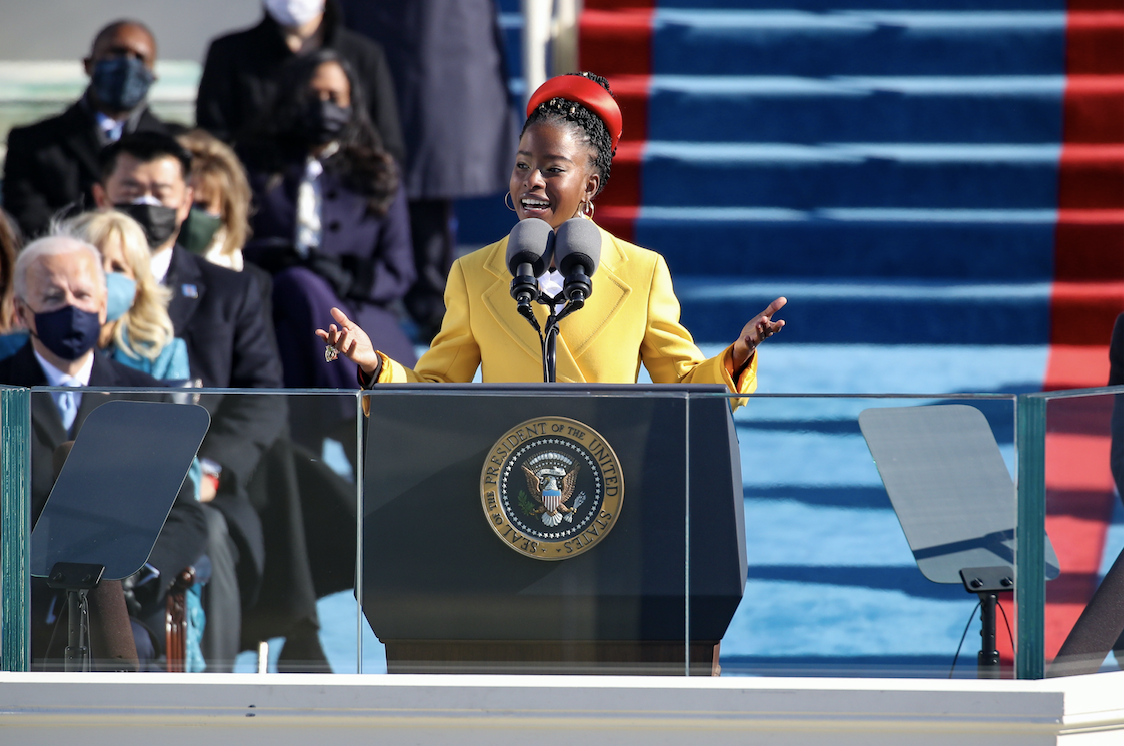 Today HERstory was made in more ways than one!

And, just moments later, the world watched as the First National Youth Poet Laureate also took the stage and became the youngest inauguration poet to speak at the prestigious ceremony. At just 22-years-old, Amanda Gorman’s “The Hill We Climb” speech captivated the audience. She spoke with the confidence and assuredness of a woman twice her age. Her words evoked notions of tribulations and triumphs, gave hope for the future without erasure of the past, and had everyone who watched in complete awe.

Gorman, a Los Angeles native, is an alum of Harvard University. She is also a published author — Gorman published the poetry book The One for Whom Food Is Not Enough in 2015. Many are calling her the next Maya Angelou, a stamp of approval she received from Oprah herself!

Thank you! I would be nowhere without the women whose footsteps I dance in. While reciting my poem, I wore a ring with a caged bird—a gift from @Oprah for the occasion , to symbolize Maya Angelou, a previous inaugural poet. Here’s to the women who have climbed my hills before. https://t.co/5Tegd20sko

Wendy Williams Claps Back At Brother, Says She Did Attend Mother’s Funeral

It’s so harddddd, to say goodbyeeee, to yesterdayyyy. Grab your kleenex and your fiercest fashions — the category is tragic...