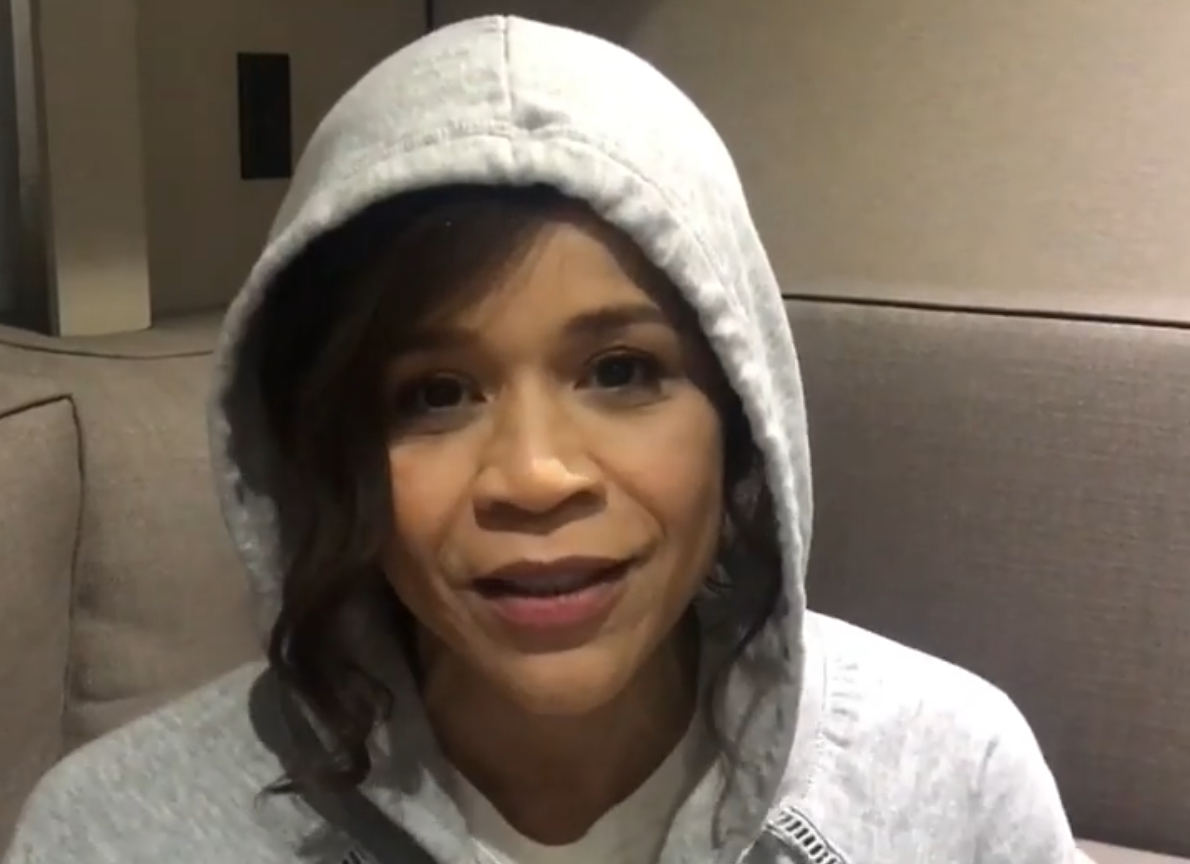 Rosie Perez is thankful to be alive and thankful to be back to work! The Brooklyn-born actress battled coronavirus late last year and was terrified that she would die while in Bangkok for work.

Perez was diagnosed last December before most people even knew what COVID-19 was. The 56-year-old actress was in the middle of filming HBO Max’s The Flight Attendant when production had to shut down after she was diagnosed with what was being described as a “new respiratory tract infection.”

“I had told everybody, ‘We’re going to get shut down,’ Rosie told Uproxx. “I had contracted COVID when we flew to Bangkok,” she revealed.

The actress remembered being terrified at time because no one really knew much about the virus other than the symptoms “attack[s] the respiratory system first and then travels to other parts of your body.” She also recalled pleading with her manager to not let her “die in Bangkok” and the doctor informing both of them that they should be frightened over the virus. “The head of the ICU says, ‘You should be scared, sir. This is serious. We’re going to have to put her in a separate room.’ ”

The stress of the illness was exacerbated by the pressure of shutting down production. “We got shut down and it was tough because it was a good gig for a lot of hard-working people,” Perez stated. “Every single month everyone was asking, ‘Are we going back? Are we going back? What’s going to happen to the show?'” Luckily, “The Flight Attendant” star Kaley Cuoco remained steadfast. “She kept saying, ‘Just relax, Rose. We’re going to go back. I know HBO believes in this, just relax.'”

Thankfully, after finally getting a clean bill and being able to return back to work she did relax. Perez revealed that production took every “precaution possible. They were really professional about it, real champs, and put everyone at ease.”

We’re SO glad the national treasure that is Rosie Perez is back to 100%!

Related Topics:Rosie Perez
Up Next

Khloe Kardashian Moving To Boston To Be Tristan Thompson?