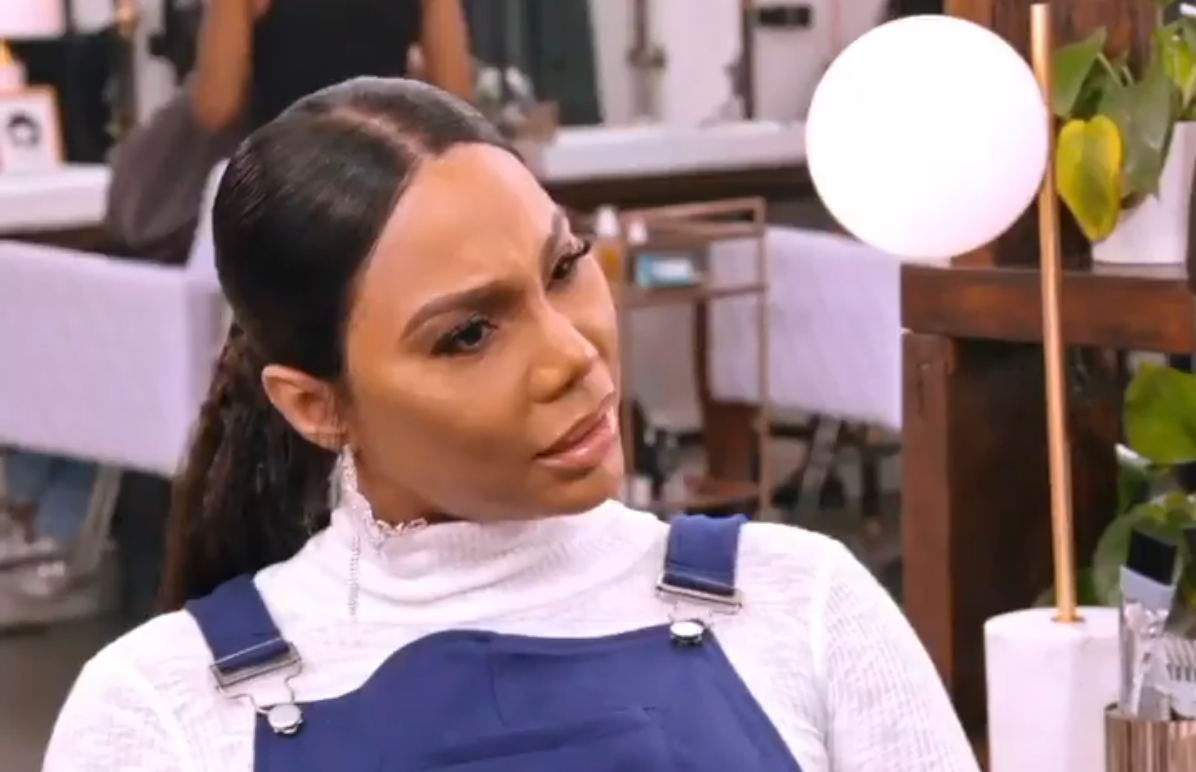 Tamar Braxton has yet MORE words for WeTV. The former “Braxton Family Values” star is livid over the trailer for the shows upcoming season and she let it be known via Instagram!

WeTV just released the supertease for season 7 of ‘BFV’. The majority of the minute and a half sneak peek shows the sisters coming together for Trina’s wedding. But, it soon turns dramatic as the camera focuses on Toni who ominously says, “2020 has been a year like never before for me and my family.” The shot fades to black, the Toni reappears frantically leaving a recording studio after getting word that Tamar has attempted suicide. From then, the trailer shows matriarch Evelyn, and sisters Towanda and Trina, recounting how the news impacted them.

As expected, Tay was none to pleased to see her personal pain being used for profit and ratings. The youngest Braxton sister has been quite vocal about her disdain for WeTV, even blaming the network for her mental health issues following her suicide attempt. Tamar ended her working relationship with them right before they aired her show “Get Ya Life!”, but now, as she’s being featured in the new season of “Braxton Family Values”, the singer has renewed beef with the network.

In an IG post, Tay Tay revealed that, after viewing the trailer, she feels like, “F**K @wetv and whomever else participating for using my pain for their pleasure and ratings‼️” The 43-year-old mother of one says she will be telling all on an upcoming episode of Tamron Hall’s talk show and stated, “At some point this abuse HAS to STOP‼️”

After waking up to that disgusting trailer…FUCK @wetv and whomever else participating for using my pain for their pleasure and ratings‼️✨ don’t miss my exclusive TELL ALL on my girl @tamronhallshow next week 🔥..at some point this abuse HAS to STOP‼️✨ and P.s. IM NOT FILMING FOR THIS SEASON! THEY ARE DOING THIS WHILE IM NOT ON THE SHOW‼️‼️ #SCUMBAGSHIT

Will you be tuning in to see Tay tell all on Tamron Hall? Or are you tuning it to the seventh season of “Braxton Family Values,” when it premieres Thursday, November 5 at 9pm ET/PT?