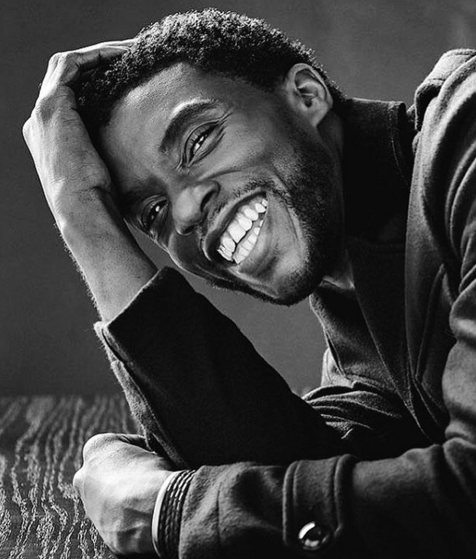 Chadwick Boseman, who played Black icons Jackie Robinson and James Brown before finding fame as Black Panther in the Marvel cinematic universe, died Friday after a four-year battle with colon cancer, his representative said. He was 43.

Boseman died at his home in the Los Angeles area with his wife and family by his side, his publicist Nicki Fioravante told The Associated Press.

Intensely private, he had managed to keep his illness secret since his 2016 diagnosis and even as it progressed to stage IV.

Boseman was “a true fighter,” his family said in a statement.

It is with immeasurable grief that we confirm the passing of Chadwick Boseman.⁣ ⁣ Chadwick was diagnosed with stage III colon cancer in 2016, and battled with it these last 4 years as it progressed to stage IV. ⁣ ⁣ A true fighter, Chadwick persevered through it all, and brought you many of the films you have come to love so much. From Marshall to Da 5 Bloods, August Wilson’s Ma Rainey’s Black Bottom and several more, all were filmed during and between countless surgeries and chemotherapy. ⁣ ⁣ It was the honor of his career to bring King T’Challa to life in Black Panther. ⁣ ⁣ He died in his home, with his wife and family by his side. ⁣ ⁣ The family thanks you for your love and prayers, and asks that you continue to respect their privacy during this difficult time. ⁣ ⁣ Photo Credit: @samjonespictures

“Chadwick persevered through it all, and brought you many of the films you have come to love so much,” the statement said.

“From Marshall to Da 5 Bloods, August Wilson’s Ma Rainey’s Black Bottom and several more — all were filmed during and between countless surgeries and chemotherapy.

“It was the honor of his career to bring King T’Challa to life in Black Panther,” the family statement said of Boseman’s star turn as the titular superhero in the 2018 blockbuster.

Boseman had not spoken publicly about his diagnosis. Back in April he sparked concern when he posted a video of himself on Instagram that revealed his alarming weight loss.

During our last interview with him for his film 21 Bridges back in November we also noticed a change in his appearance. He told us he purposely dropped weight for the role.

News of his passing brought an outpouring of love from across the country, with many marveling at his ability to star in movie after movie despite his private struggle against his illness.

The world mourns the loss of #ChadwickBoseman #SwipeLeft

Girl chat with Keri Hilson?! Yessssss! That’s right, the ladies of HipHollywood, Jasmine Simpkins and Vanessa Barnett, sat down with...