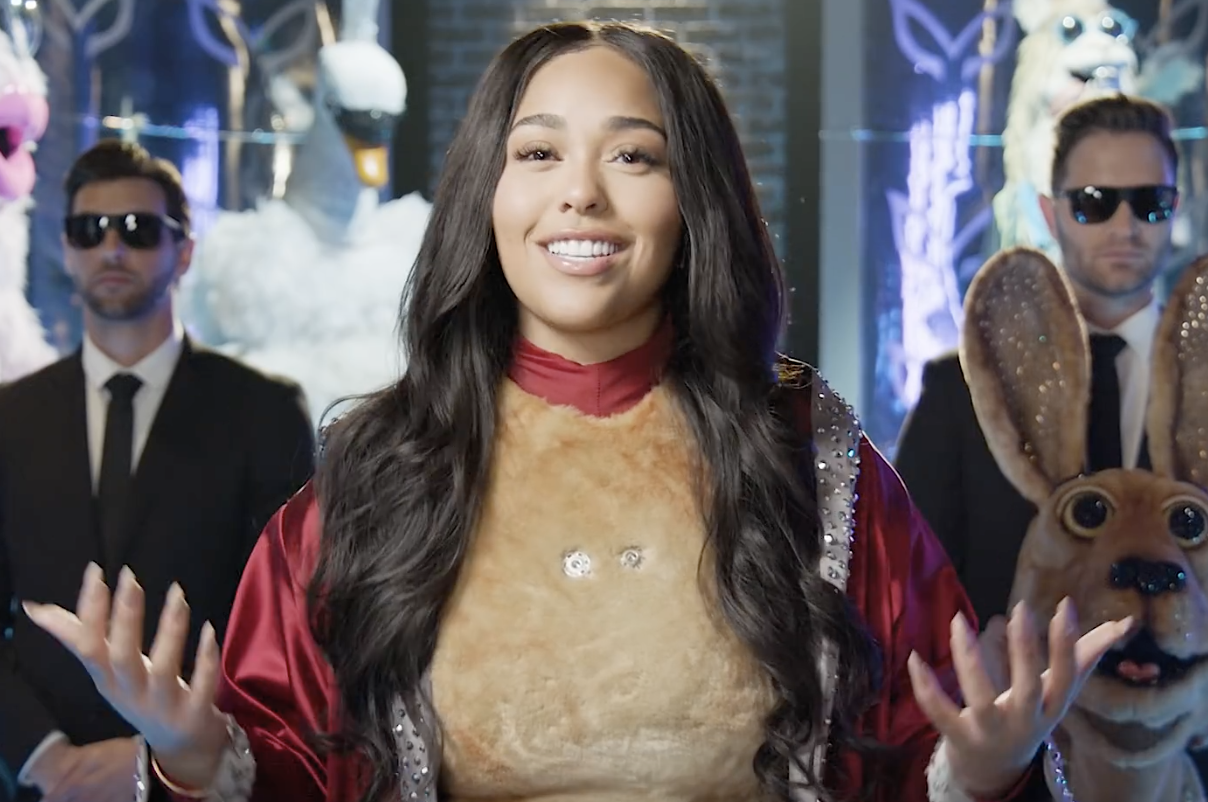 Look, over the last year or so Jordyn Woods has been full of surprises — but this one may be the biggest one yet! After weeks of performing in costume it was revealed Wednesday night that Woods was the kangaroo on The Masked Singer. And although she was eliminated from the competition show, it’s seems as though her singing career may just be getting started.

It was a dramatic reveal that left fans shocked…

But, they were equally supportive. Folks took to Twitter to cheer Jordyn on and stan her vocal prowess.

Wow #JordynWoods can sing yassss sis continue to get that bag pic.twitter.com/K3MbmThFjx

I'm shooked at how good she is 😮✨ #JordynWoods https://t.co/OY11B4TYku

Awww. I've never watched the show the "Masked Singer" but seen the clips just now. I'm so proud of #JordynWoods . You're on a path to find yourself, baby girl! Find it. Love it. Grow with it. Be at peace with it. The best thing you EVER did was getting out from under THEM #KUWTK

Yass!! Go awf Sis! Kardashians who? Kardashians What? Jordyn Woods has talent and her own bag. Love it! #JordynWoods https://t.co/zXnyx7XC5e

The show is over, but it’s just the beginning for Jordyn who hinted that she may be looking to pursue a music career full time. Following her elimination, Woods took to Instagram and shared with her 11.5 million followers that she “only had childhood fantasy’s of being on the big stage performing.” And since that fantasy became a reality she believes, “this is just the start of something so exciting.”

I honestly don’t know where to begin. My opening performance night was right after the Super Bowl. I was so nervous and I only had childhood fantasy’s of being on the big stage performing. I worked long days and nights on this project and had to do it in silence. It was the experience of a lifetime and I couldn’t be more thankful. The kangaroo mask may be off for good but this is just the start of something so exciting. Thank you @maskedsingerfox @tcvocs … stay tuned for what’s to come 🎤🦘💋 #themaskedsinger #kangaroomask

Would you like to see Jordyn selling albums and booking tours?!

Why Zhuri James Is The Real Superstar In LeBron’s Household

Comedian Rickey Smiley is sharing an update on his daughter Aaryn Smiley’s condition after she was shot multiple times during...