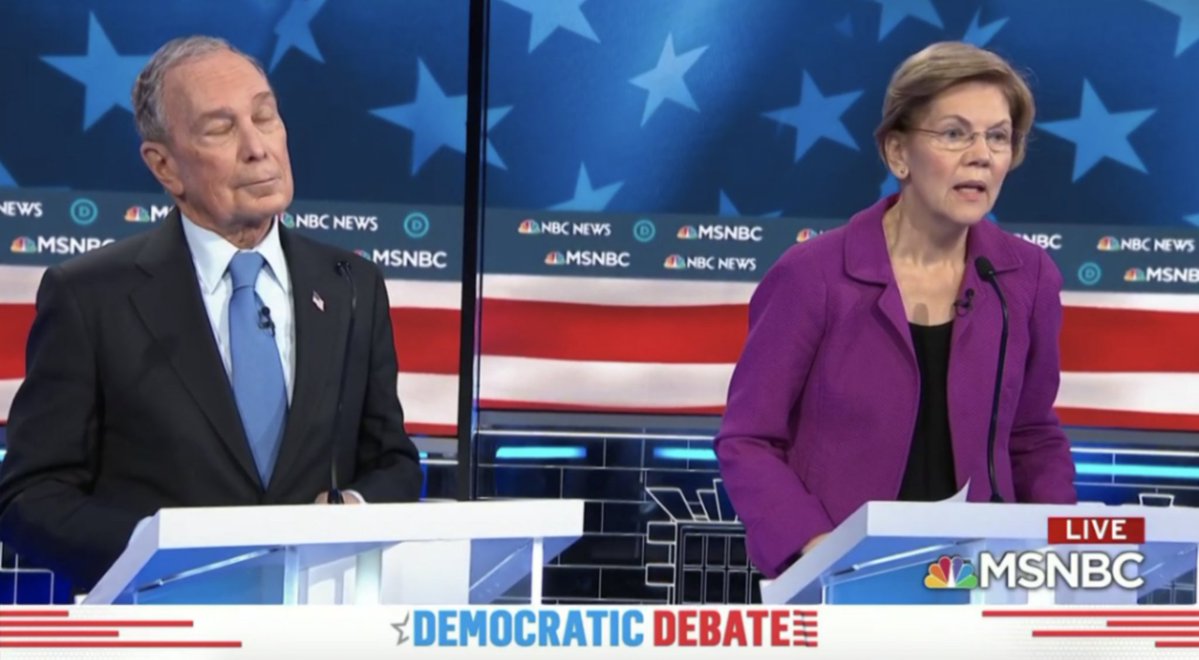 The Democratic Debates went down on Wednesday night and while all the candidates hit the stage, it was all about Elizabeth Warren!

Warren was on a war path and destroyed everything in her way — namely, Mike Bloomberg. Setting her shade to the Nas’ “Ether” beat was just … #chefskiss

Oh, but she wasn’t done…

.@ewarren annihilates Bloomberg over his NDAs for his own sexist comments #DemDebate #PresidentWarren pic.twitter.com/uYWibBpG3I

And the internet went wild!

I think I’m gonna go with @SenWarren even though I think those misogynistic bastards will try to stick it to her. I think she is very smart and has the passion we need as president and she is looking toward the future for our environment!Trump will play dirty.She can take him

Elizabeth Warren is channeling an inner fury that only comes from grading papers that have no thesis statement.

Never have I been more certain that @ewarren should be the 46th President of the United States. She brilliantly displayed the most important quality we need in our nominee: the ability to fight Donald Trump. The NDAs moment will go down in debate lore#WarrenForTheWin #DemDebate

Y’allz. @SenWarren is coming after everyone in true Arya Stark fashion and the media ain’t ready. #WarrenForTheWin pic.twitter.com/ECnMKVWjLX

I'm clearly following all of the right people because there is so much love for Warren in my feed right now after what she just did to Bloomberg. #WarrenForTheWin pic.twitter.com/N9oYC8BmBi

SZA Opens Up About Anxiety Disorder

Ray J — who somehow always provides us with unlimited comedy and classic moments — is in the news again!...