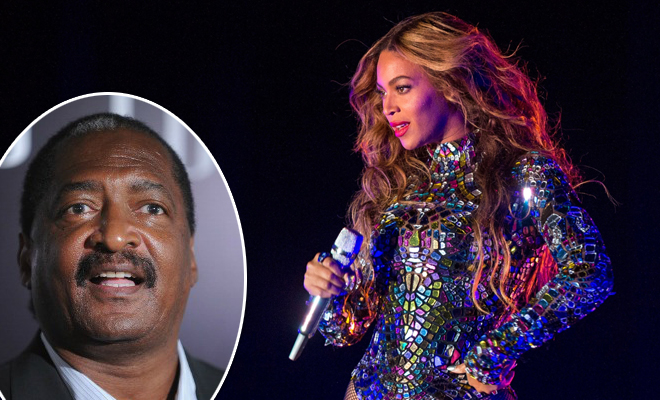 Beyonce and Solange’s father Mathew Knowles is clapping back at folks who claim he’s selling his daughters’ belongings at garage sales because he’s broke. The Destiny’s Child architect was spotted slanging his kids’ belongings outside his office on Tuesday, which led to the financial speculation.

“Somehow that became we are going out of business, homeless and selling all of Beyoncé’s stuff to stay alive, which as you can see it’s just the opposite,” he said in an interview with a Houston news outlet.

So why the garage sale? Mathew claims he needed the space and will probably only take home $2,000 from the sales. No word on if he plans on giving his daughter a cut of that money.

It’s A Boy For Alicia Keys And Swizz Beatz