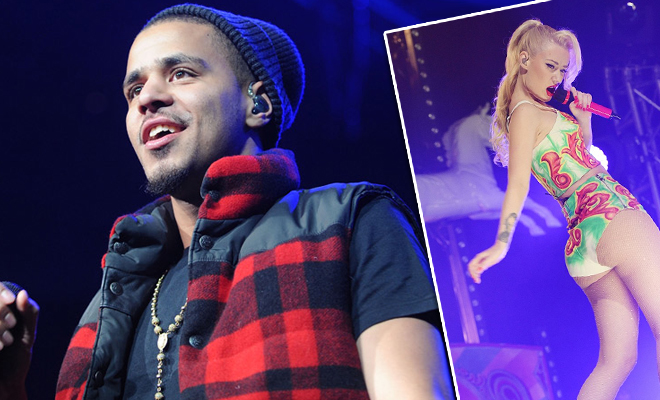 J. Cole’s new album, 2014 Forest Hills Drive, has been leaked days before it’s official release and the rapper is firing shots at some of music’s biggest names on a song titled, “Fire Squad.

On the track, Cole takes on several White artists who have made a career off of performing in traditionally Black genres of music such as r&b and hip-hop.

“History repeats itself and that’s just how it goes / Same way that these rappers always bite each other’s flows / Same thing that my ni**a Elvis did with rock ‘n’ roll / Justin Timberlake, Eminem, and then Macklemore,” Cole raps.

“While silly ni**as argue over who gon’ snatch the crown / Look around my ni**a, white people have snatched the sound / This year I’ll probably go to the awards dappered down / Watch Iggy win a Grammy as I try to crack a smile. I’m just playin’, but all good jokes contain true shit / Same rope you climb up on, they’ll hang you with.”

You can listen to the song after the jump.

Related Topics:FeaturedJ. Cole
Up Next

Bill Cosby Thanks His Celebrity Supporters

Lil Uzi Vert is pretty devastated by news Rihanna is dating A$AP Rocky. The rapper has made it very clear...