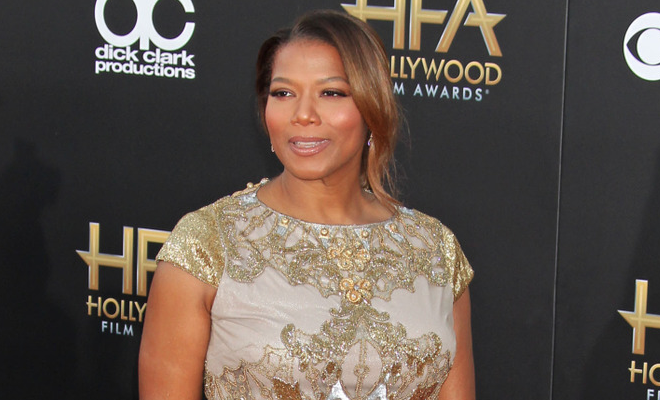 Willow Smith, 14 and her brother Jaden, 16 shocked the world last month after delivering a more than intellectual interview to T magazine. From “quantum physics” to “theoretical physicist,” the siblings used words and theories that an average adult may not understand … which we’ve learned is just one of the teens idiosyncrasies.

And while the interview left fans and even media outlets speechless, Queen Latifah wasn’t surprised one bit. “I’m not shocked by anything that the Smith children do because I know both their parents and I’ve known them since we were teenagers,” Latifah told HipHollywood exclusively. “Will is a very smart guy. He is a very smart man. And he is a very well rounded human being. He is one of the most generous people I know. Truly thoughtful. Jada is one of the strongest, most powerful people I know. Super intelligent, very creative.”

She continued, “I remember Jaden as a baby, learning different ways to act … He learned these different emotions. I’m not surprised. They [Will and Jada] really invest a lot in their children. They really care about education. They care about how the kids learn and allowing them to learn in their own ways. Any child who is allowed to be themselves, yet invested in to the degree that the Smith’s do with their children would be great and really smart, highly intellectual and articulate people.”

Articulate indeed. Something tells us Willow and Jaden aren’t done shocking us yet. Bring it on.

Masika and Yung Berg Are Back Together