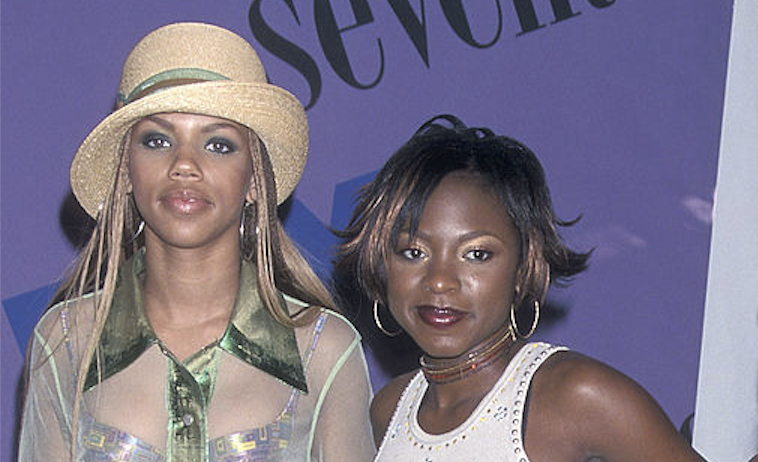 It’s been over a decade since 3LW was a group, but apparently the beef between them is still USDA certified! Singer Naturi Naughton recently revealed her new music will explore her time in the girl group — and subsequently their tumultuous break-up. However, former group member Kiely Williams seemingly responded with a lot of shadeeeee.

In a recent interview with People, Naughton shared that her upcoming album will explore “some of the feelings I had after being ousted from 3LW.” In case you have forgotten, the girl group was poppin’ in the early aughts, but Naughton left the group in 2002 after a huge fight with band members Kiely and Adrienne Bailon that ended with Williams throwing food in Naturi face. Since then the “Power” star and Bailon mended fences, but the wounds with Williams are apparently still open. That’s the only way to explain this post from Kiely…

What’s more shady than the post itself, is the caption “ISWIS” which means “I said what I said.” Of course, folks lit her comment section up…

“Everyone deals with their traumas differently. you can’t bully someone out of theirs.”

“Damn your the only that is not successful right now , u gotta stop being bitter and rude towards a dark skin female.”

“She’s not bitter. She working. How about you ? Over there guilty as fuck. You done all that shit they said thats why u not blessed or employed.”

“You the bitter one sis na go watch Power.”

“Lmao Bitter How , She Still Has A Career.”

With those clapbacks, Naturi has no reason to respond. But, if you’re curious about what her album will sound like she said, “I want to bring back that ’90s era vibe with people really singing.”