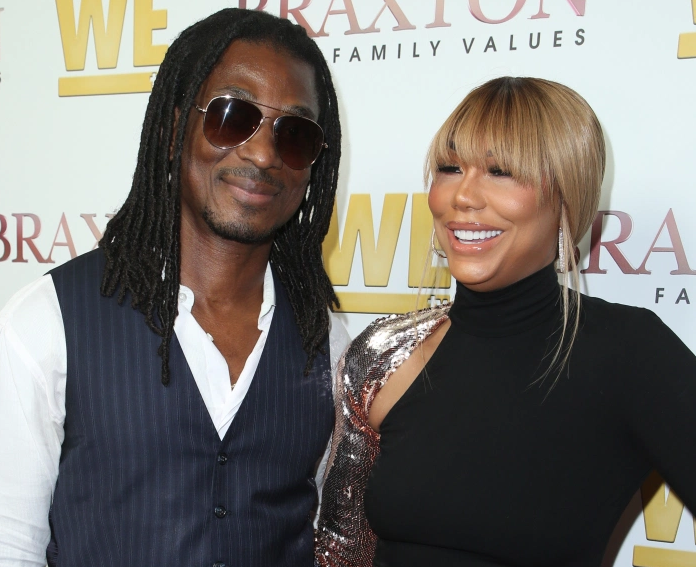 Tamar Braxton is telling her side of the story after news broke that her boyfriend David Adefeso filed a restraining order against her.

On Tuesday, news broke that the Nigerian businessman requested the order of protection to prevent domestic violence. Now, Tay Tay is claiming Adefeso was the aggressor during a recent incident where he allegedly threatened to kill her in a “murder-suicide.”

Sources tell The Blast Tamar and David got into a “heated altercation” while driving as they were headed to check Tamar into a mental health facility for treatment.

It’s alleged the singer told Adefeso that he was “around for the wrong reasons and could not be trusted.” Then, ish hit the fan. Sources close to Tamar claim David became irate, threatening not only her life but his own, saying they were going to end up in a “murder-suicide.”

“Any claims that Ms. Braxton was the aggressor and/or abusive are completely false and have no merit,” said the source. “David Adefeso has been upset and abusive since seeing his own true colors on Tamar’s upcoming television show and has been taking it out on Tamar ever since.”

The news comes about six weeks after the “Braxton Family Values” star reportedly tried to kill herself. Adefeso told the police Braxton was upset with WEtv and had been drinking before he found her unresponsive.

Interestingly her new series “Get Ya Life” is set to premiere THIS Thursday at 9/8c on WEtv. Curious if folks will actually tune in.

Meanwhile, Toni Braxton revealed that the family is back taping BFV … but didn’t say much else about Tamar’s reported suicide attempt.

“My sister Tamar had a little situation, but it’s not my business to tell her business,” she said while on the Ricky Smiley Morning Show. But I can say that our family is doing so much better, we’re in a healthier place. And, I have to tell people that mental illness is not a joke.”

Tory Lanez Apologizes To Megan The Stallion … For Being “Too Drunk”!!