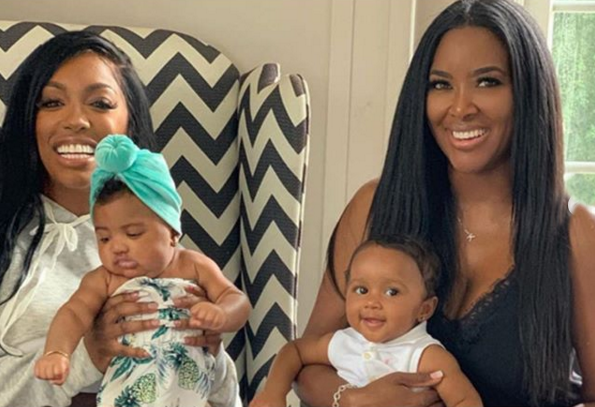 Porsha Williams and Kenya Moore are back to beefing folks. The ladies traded shade on social media after a follower of Williams called her recent activism “clout chasing” and said it’s all for the show.

Moore responded to the comment with the wide eye emoji … thats when ish hit the fan.

Williams who has been actively protesting the murders of George Floyd and Breonna Taylor and was even thrown in jail, clapped back at the follower and Moore.

“You should be ashamed of yourself trying to bring attention to this disgusting troll comment,” she wrote on Instagram. “You should be supporting me as a fellow black woman trying so hard to change this world and instead you’re the least supportive person ever!!!”

To be clear we knew it was only a matter of time before these two were back at odds after that explosive reunion. Porsha showed up with receipts to prove Moore has been a fake friend to Cynthia Bailey.

We’re sure this will continue onscreen … we just hope Kenya doesn’t bring that blow horn.