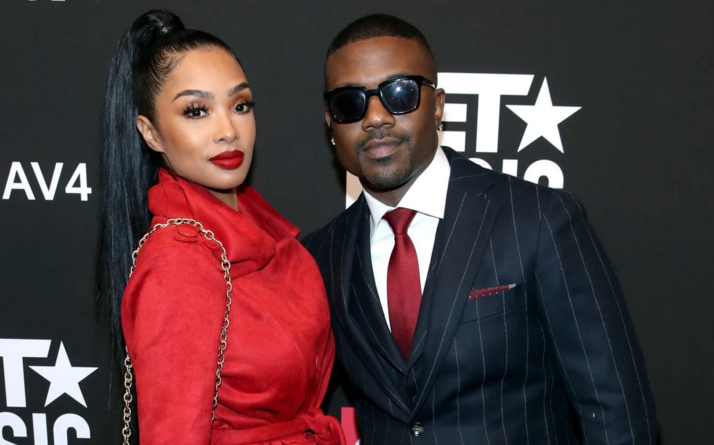 Here we go again. Princess Love and Ray J’s marriage is back on the rocks.

Just a few weeks after we reported that the pair were reconciling after Love filed for divorce back in May, Ray J has now reportedly filed for divorce. According to Page Six the “One Wish” singer filed the papers in Los Angeles on Monday, citing irreconcilable differences.

Love and Ray J have been married for four years, and share a 2-year-old daughter and an 8-month-old son. The Love & Hip Hop Hollywood cast members however haven’t had the smoothest marital journey and much of it has played out for the cameras. At one point their drama even involved Ray’s family, with Princess, Ray J’s mother Sonya, and his sister Brandy having a disagreement (they’ve since reconciled.)

Back in November the couple took their issues to social media back after Ray reportedly left a very pregnant Princess “stranded” in Las Vegas while he partied with strippers. Love also went on Instagram Live and said she was leaving Ray because he was entertaining other women.

After the back-and-forth came an announcement for their four-part special called The Conversation: Ray J And Princess Love on Zeus — which was an attempt to talk through their issues. Ray J also went on an apology tour. Unfortunately he and Love couldn’t make things work. Ray J claimed back in May she forced him to stay at a hotel and quarantine before he could see their kids. Then she filed for divorce.

Ray is now seeking joint custody of their two kids Melody and Epik. Oh … and he’s also recorded a new song, “Hurt You,” in which he apologies for the trouble he’s put her through.