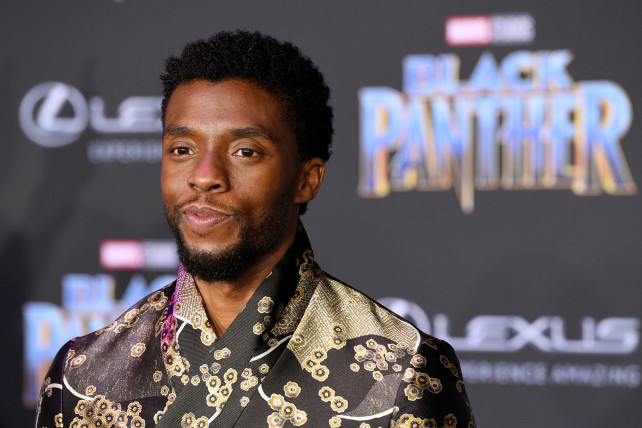 New details about Chadwick Boseman’s private four-year battle with colon cancer are being revealed. In an interview with The Hollywood Reporter, the late actor’s longtime agent Michael Greene opened up about why Boseman chose not to disclose his illness with the world — a decision the agent believes was partly inspired by the actor’s mother, Carolyn.

“She always taught him not to have people fuss over him,” said Greene. “He always felt in this business that people trip out about things, and he was a very, very private person,” the agent added.

According to Greene, Boseman only told four people outside of his family  — himself, his producing partner Logan Coles, his trainer Addison Henderson and 42 director Brian Helgeland.

Yahoo entertainment reporter Kevin Polowy shared in a touching tribute to Boseman that the actor also shared his diagnosis with him.

Henderson, who trained Boseman for Captain America: Civil War and Black Panther, with a slim-down for Marshall in between, said Boseman chose to make the most of each day and give his career his all.

“He was just living his artistic life to the fullest and using his time and his moment to really affect people,” he said.

While filming Netflix’s Ma Rainey’s Black Bottom, which was completed prior to his death, Greene said that Boseman “was really in hard-core pain.”

Despite his own difficult circumstances, the agent said that Boseman was committed to the project. “[He] felt that being able to be with [co-star] Denzel [Washington] and to launch this cycle of [playwright] August Wilson at Netflix was so exciting to him,” Green said.

Clarke Peters, who starred in Spike Lee’s acclaimed Netflix movie Da 5 Bloods — Boseman’s last movie to come out before his death — recently spoke about the supportive team the late actor had around him on set, which Peters admitted he initially judged him for.

“He has a Chinese practitioner, who is massaging his back when he walks off set. He has a makeup lady massaging his feet. His girlfriend is there holding his hand,” Peters told Good Morning Britain. “And I’m thinking maybe the Black Panther thing went to his head.”

“I regret even having those thoughts because they were really looking after him,” he added. “Hindsight teaches us a lot of things.”

A source close to Boseman revealed to The Hollywood Reporter that the 43-year-old, who had become noticeably thin in recent months, was convinced until about a week before his death that he was going to beat cancer.  The actor believed he would even be able to gain the weight back for a Black Panther sequel and was set to prepare for filming in September.

On August 28, Boseman passed at his home in Los Angeles surrounded by his family.

Odell Beckham Jr. Is Trending For The Worst Possible Reason Ever…