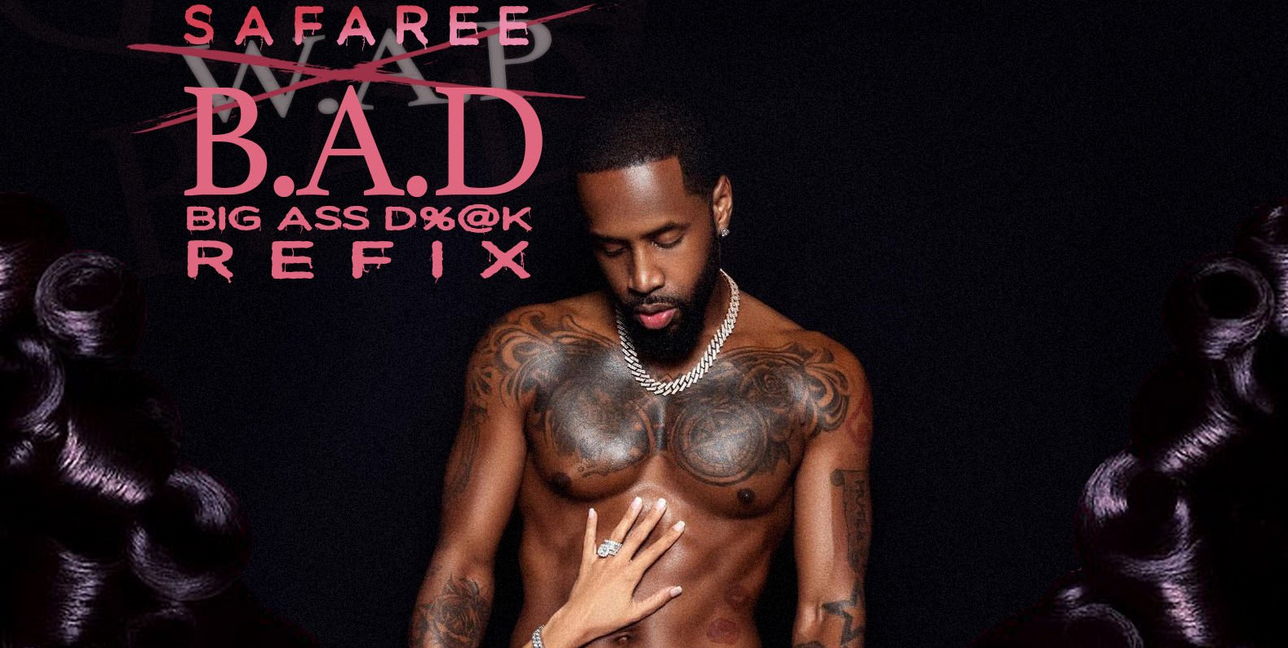 Everyone is talking about “WAP” … so naturally, the attention whores of the world are looking for a way to get into the conversation. Enter Safaree Samuels and his unwanted remix titled BAD.

No one asked for this. It wasn’t requested, considered, or propositioned — and yet here we are. The Jamaican rapper has added his flair, which he called a refix, to the Cardi B and Megan Thee Stallion hit and has angered throngs of folks in the process.

Safaree is 40 and his only personality traits are his penis and being Jamaican.

Who tf asked for Safaree to do a WAP remix? pic.twitter.com/SBVnbiS8Ss

Can we just have our Hot Girl Quarantine in peace? 🥴 No Safaree, we did not need your input at this time.

Didn’t nobody ask for Safaree to remix #WAP. Hell, we don’t even be wanting his original music. pic.twitter.com/lFf0WpO7mj

Sooooo, is anyone checking for this remix? We combed thorugh his mentions and this is what we found.

Haters gonna hate but you definitely wrote lyrics for someone in the past. 🤐 Love the Jamaican part.🇯🇲

So, yes … Safaree has at least two fans that are here for it. Congrats!

Related Topics:SafareeSafaree Samuels
Up Next

Cardi Defends Kylie In WAP Video: “This Is Not About F*ckin Race!”

We’ve got more shocking news to report regarding Married At First Sight star Chris Williams. The 27-year-old Atlanta entrepreneur has...