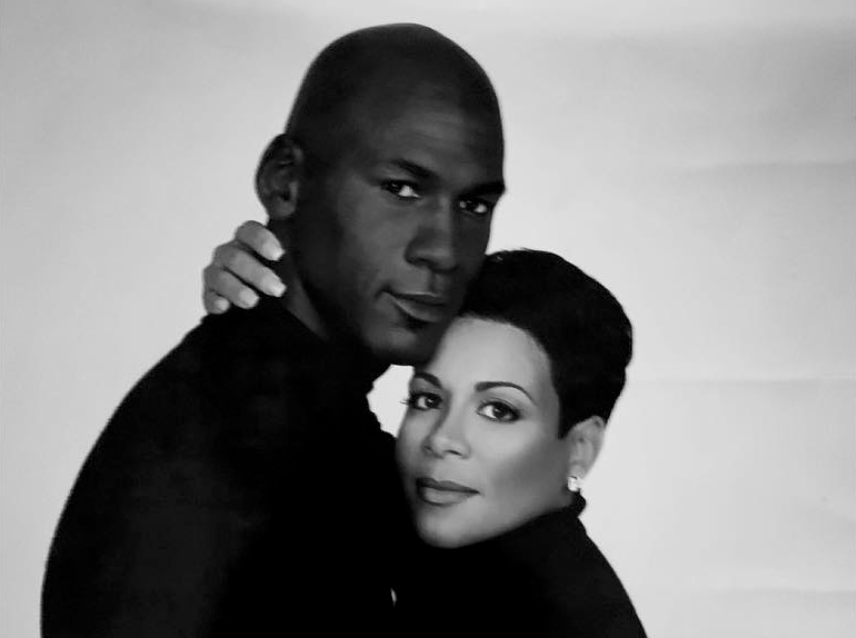 On Sunday night, ESPN aired the last 2 episodes of the 10-part Michael Jordan documentary “The Last Dance”. It was five weeks of must see TV and folks are sad to see it go. We learned a lot about Jordan during those 10 hours — he was a bit of a bully, the “Flu Game” was really the “Food Poising Game”, and he’s obviously the GOAT. But, what we didn’t learn was anything about his 17-year marriage to Juanita Vanoy.

The two met in 1985, got engaged just two years later, and got married two years after that. Juanita was with Michael during all of his championship runs with the Chicago Bulls. For all six of those rings Jordan earned, Vanoy was by his side. However, in the doc you barely see her and you definitely don’t hear from her. In episode 7, you see her sitting by Michael’s side as he announced his 1993 retirement, but outside of that clip she’s virtually non-exsistant, and fans took notice.

But, “erased” may be the wrong word choice. What if Juanita wanted nothing to do with the doc?

I have no inside intel, but i get the feeling that’s how she wants it

Juanita and Michael’s divorce was finalized in 2007. Vanoy received $168 million in the settlement, and at the time, it was one of the largest settlements ever received by an ex-wife. The public outcry was intense — folks hated Vanoy for divorcing Jordan and taking “his money”. They completely discounted the fact that she had shared over 20 years of life and three children with the man. That alone may have been the reason Juanita wanted to stay in obscurity.

Additionally, Juanita saw first-hand what living under intense media scrutiny looks like. We know Michael hated it — it wouldn’t be farfetched to deduce the same for Juanita seeing how she’s lived her life following their divorce.

Michael and Juanita seem to have an amicable relationship now. They enjoy being grandparents and spending time with their children as a family. Plus, Jordan has remarried and has young twin girls with his current wife.

It’s #GrandparentsDay • the first for my parents to celebrate. They’re the greatest parents ever and I’m so grateful for them! Keemie has incredible grandparents. Blessed beyond measures ❥

Some things need no explanation…. however, in regards to this photo, I could totally use one 😂. Anywho, Happy BDay Marcus 🎈

As interesting as it would have been to hear Juanita’s perspective, it really seems like she likes a life away from the cameras, not in front of them.