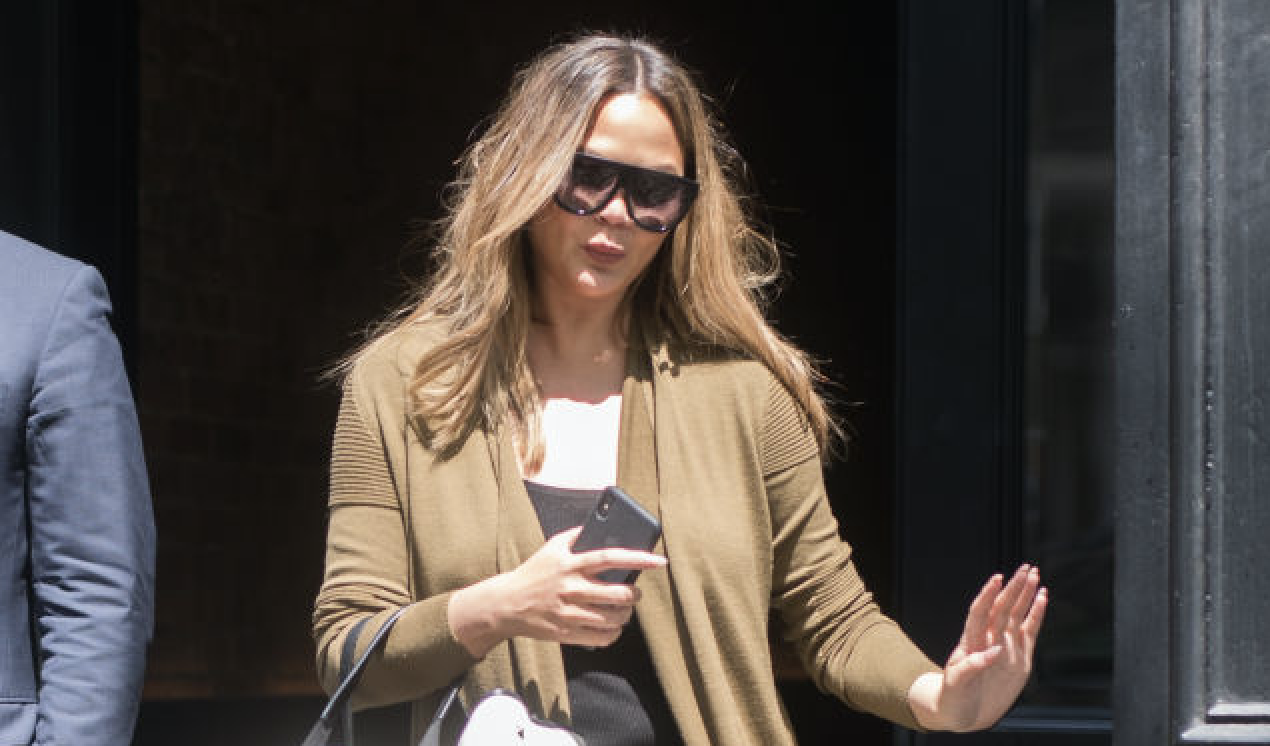 Chrissy Teigen is the queen of Twitter — she hilarious, witty, and her followers hang on her every tweet. But now all of that is on hold … and it’s all because of some white lady most people barely knew.

Chrissy has created quite the empire with her “Cravings” brand — a cookbook and cookware line. It’s incredibly successful and the former model has put her blood, sweat, and tears into it. However, there’s always a hater. This time her name is Alison Roman. Apparently this chick is a food columnist who isn’t too impressed with Teigen’s rise to cooking fame. In an interview with The New Consumer Roman has this to say:

“What Chrissy Teigen has done is so crazy to me. She had a successful cookbook. And then it was like: Boom, line at Target. Boom, now she has an Instagram page that has over a million followers where it’s just, like, people running a content farm for her. That horrifies me and it’s not something that I ever want to do. I don’t aspire to that.”

Chrissy got wind of the interview and was genuinely hurt — and, of course, she let those feelings be known via Twitter. 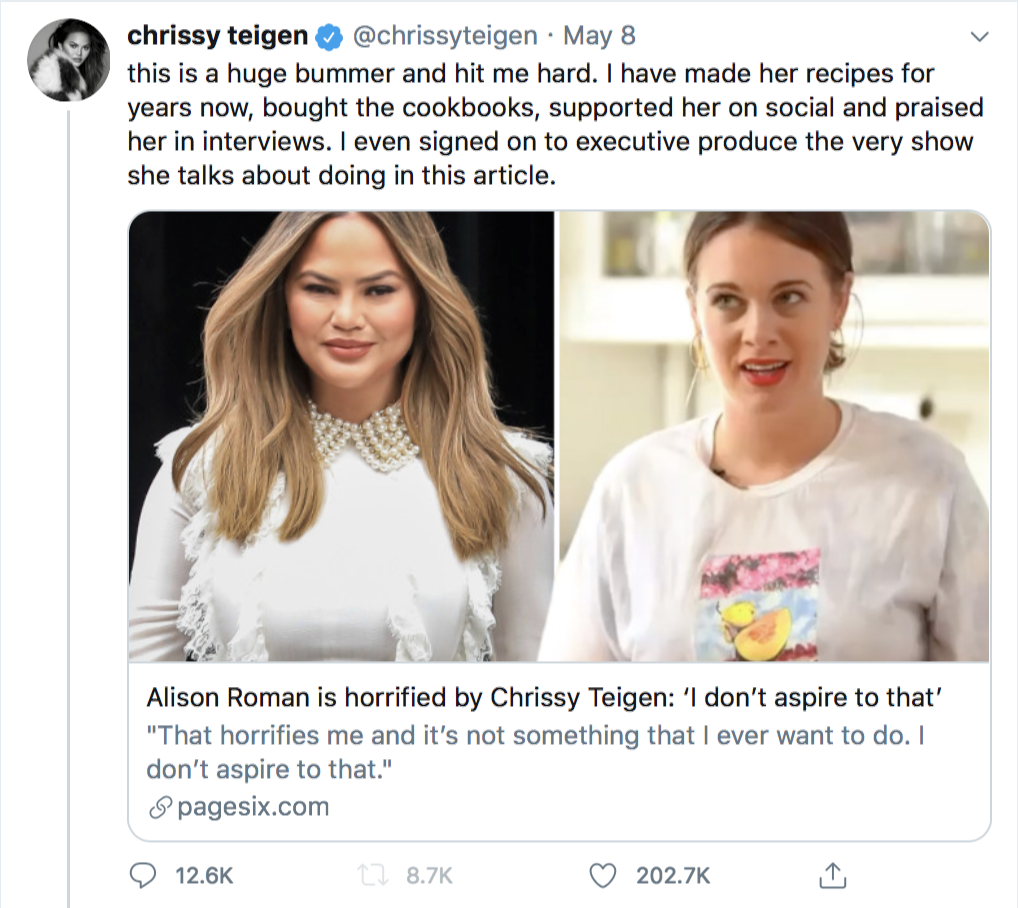 “The idea that when Marie Kondo decided to capitalize on her fame and make stuff that you can buy, that is completely antithetical to everything she’s ever taught you,” Roman said, referring to Kondo’s online store where fans can purchase household items like crystals and storage bins. “I’m like, damn, bitch, you f–king just sold out immediately! Someone’s like ‘you should make stuff,’ and she’s like, ‘okay, slap my name on it, I don’t give a s–t!’”

Teigen took up for Marie as well in her Tweets. 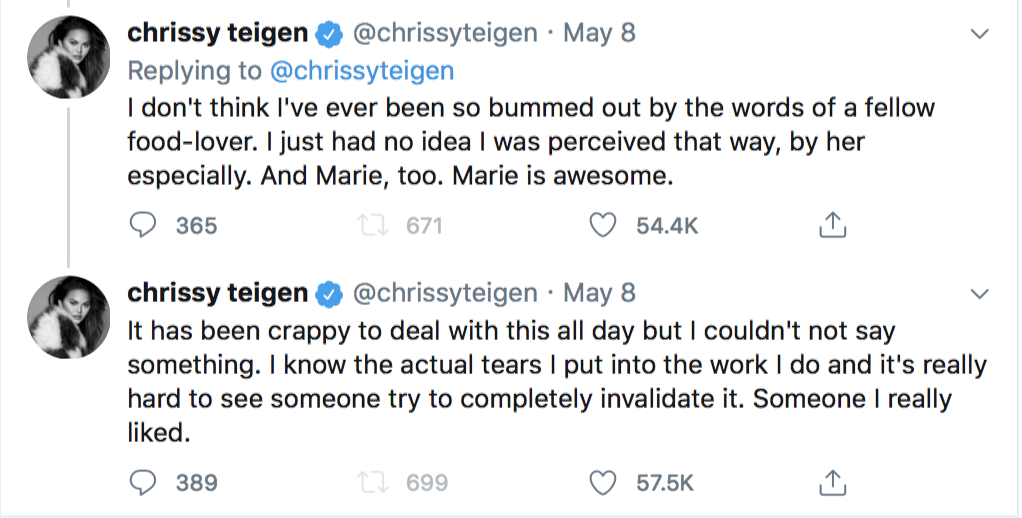 Unfortunately, all of the fodder over the “beef” ended with Teigen needing to take a break from social media all together.

Alison is out here stopping her own bag — not only was Chrissy signed on to produce her show (which probably won’t happen now), but folks really aren’t checking for her anymore. So, of course, she gave a half a** apology… 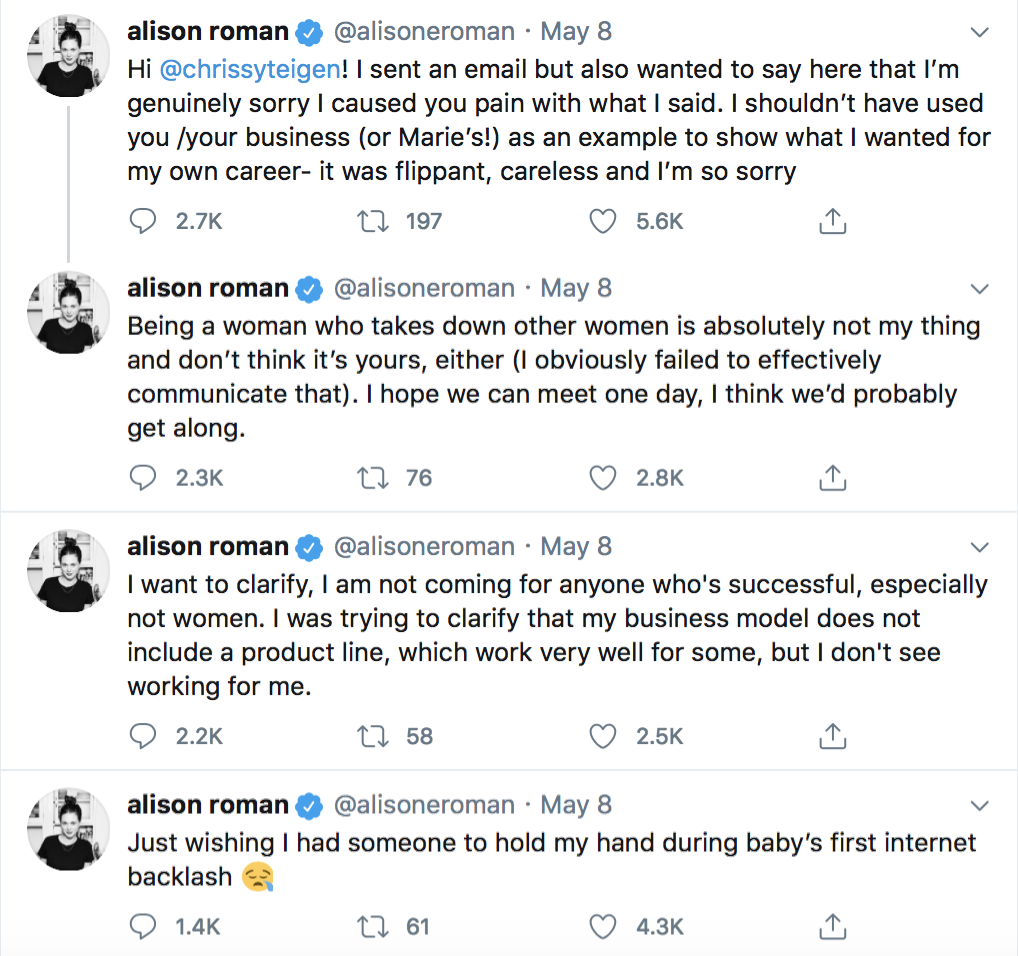 Ugh. Now we can all go back to not knowing who this lady is.