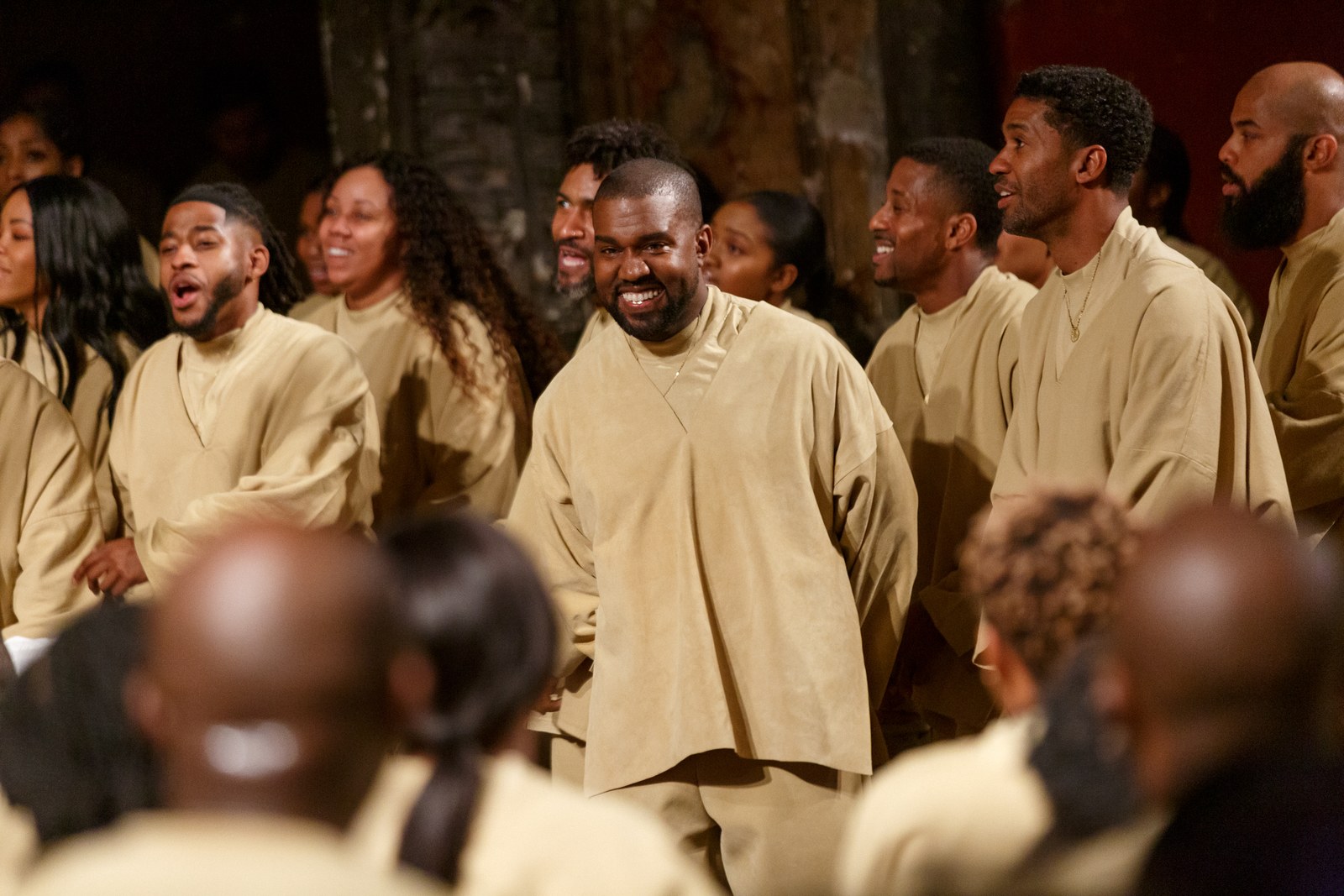 The Parisians need Jesus, too! At least, that’s what Kanye West believes. The sanctified bar-spitter brought his Sunday Service choir to Paris Fashion Week, in an effort to merge fashion and faith. 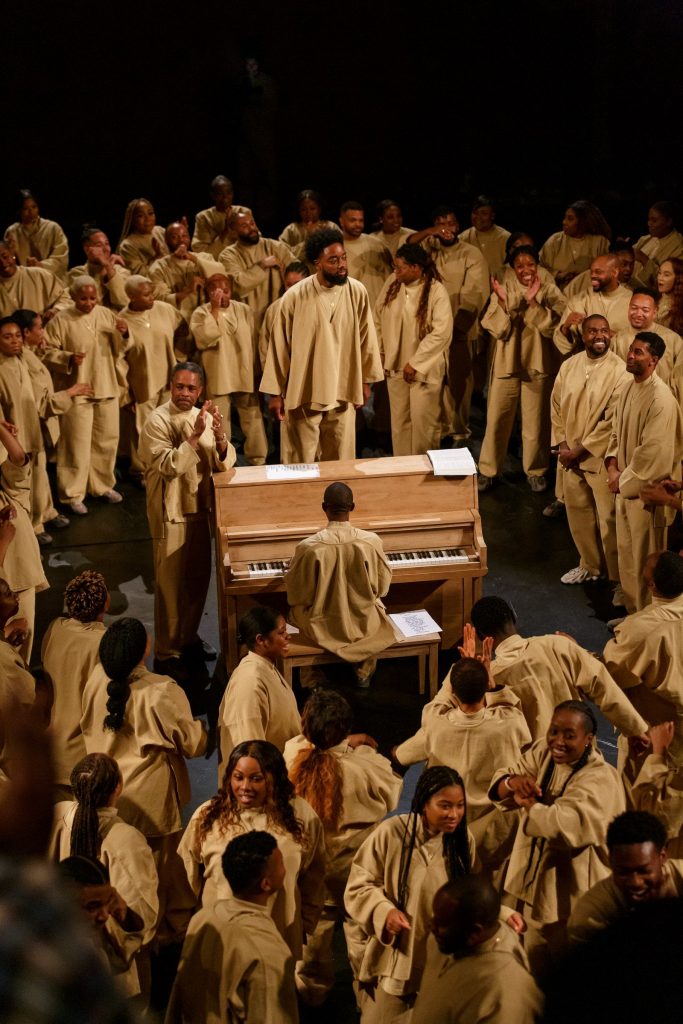 The Sunday Service saints descended upon the Théâtre des Bouffes du Nord at 8 a.m. in their monochromatic garb and spiritual anointing. The crowd, in the tight space, was full of fashionistas and folks ready to praise God and the fashions gawds all in one fell swoop. And, by all accounts, West was able to lead the masses into doing just that.

Just one day before presenting his own Yeezy season eight collection. Mr. West worshipped his Lord and Savior, while simultaneously, and ironically, presenting an anti-materialism tone.

Obviously, we weren’t there, but thankfully the event was described by Vogue:

“The sermon began with a processional of a choir making its way into concentric circles around a simple pine piano. Each wore a beige cotton drill uniform of V-neck top, loose pants, turtleneck, gold necklace, and Yeezy sneakers. A platform behind the piano provided a stage for the event’s pastor, and a place for West to stand beside as the choir—all flown in from Los Angeles for this performance—danced around. This was not the woo-woo spirituality popular in the fashion sphere, but most of the audience appeared to be comfortable accepting the word of Jesus Christ Lord and Savior—and his prophet Kanye West. There was plenty of clapping, swaying, and singing along. Even when the sermon took on an anti-materialist tone, fashion people in their Balenciaga coats, Chanel bags, and Christian Louboutin shoes, listened, rapt.”

Shade? Sage advice? You decided. But, in the meantime take a look at Kanye West and his Sunday Service: The PFW Edition.

"I wanna wake up with you…beautiful!!!" – A clip from Kanye West's recent Sunday Service at Paris Fashion Week. 🙏⛪ [📸: @voguemagazine]