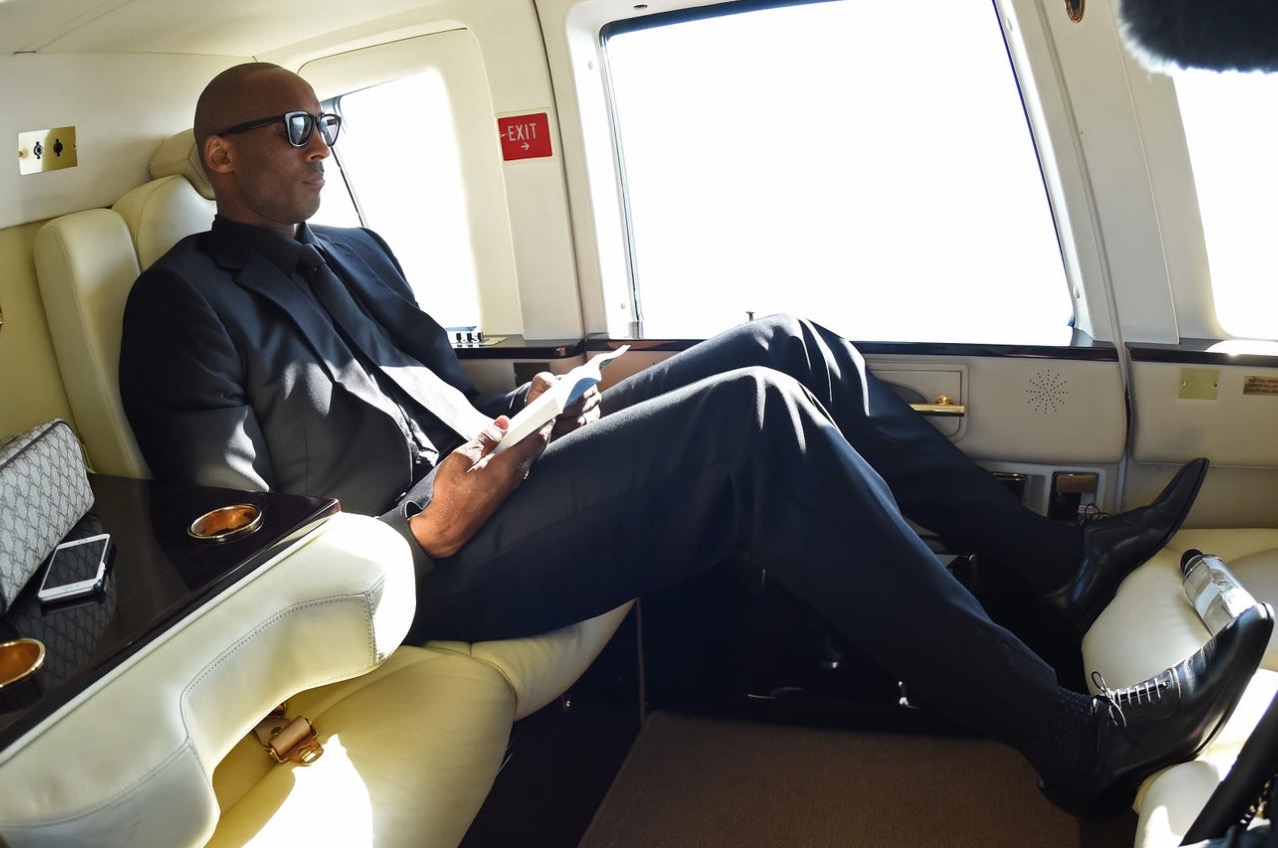 Kobe Bryant often traveled by helicopter. In fact it was apart of his game day routine during his 20 years playing for the Los Angeles Lakers.

According to a GQ profile in 2010, Bryant would use the helicopter to fly from his home in Orange County to Lakers home games and elsewhere. Bryant reportedly took advantage of the helicopter to avoid traffic . It helped him avoid two-hour travel times through L.A.’s notorious traffic while also keeping his body fresh.

“It’s a nice dash of glitz, a touch of showbiz that goes well with the Hollywood sign in the hazy distance,” J.R. Moehringer wrote for GQ magazine in 2010. “But sexy as it might seem, Bryant says the helicopter is just another tool for maintaining his body. It’s no different than his weights or his whirlpool tubs or his custom-made Nikes. Given his broken finger, his fragile knees, his sore back and achy feet, not to mention his chronic agita, Bryant can’t sit in a car for two hours.”

Bryant also told Alex Rodriguez during his Barstool Sports podcast “The Corp with A-Rod and Big Cat,” he also traveled by helicopter so he could spend more time with his girls.

#PressPlay: #KobeBryant speaking on why he preferred using helicopters to get around. 💔🙏🏾

Unfortunately it would be this mode of transportation that would prove fatal for the 41-year-old basketball legend. On Sunday (Jan 26) Bryant along with his 13-year-old daughter Gianna and 7 others (including the pilot) were tragically killed when his Sikorsky S-76B crashed into a hillside in Calabasas, CA.

A 2016 Getty Images photo shows Bryant standing tall next to his famed “Mamba Chopper”, a reference to his nickname The Black Mamba. 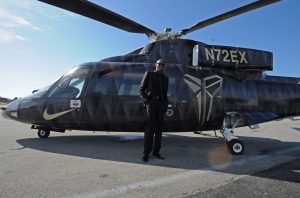 It’s unclear if this was the same helicopter that transported Bryant and 8 others on Sunday. Government records show the helicopter was owned by Island Express Holding Corp., a helicopter flight charter business.

National Transportation Safety Board member Jennifer Homendy said a federal investigation is currently underway to figure out how the accident occurred. “We are not just focusing on weather,”  Homendy, said Monday. “We look at man, machine and the environment, and weather is just a small portion of that.”

On Sunday, flight records show the chopper departed near Santa Ana, California, around 9 a.m. PT and was “last seen” at 9:45 a.m. near Van Nuys, about 16 miles east of Calabasas, according to FlightAware flight tracking. 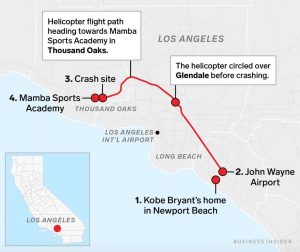 Visibility was so poor Sunday morning that the Los Angeles County Sheriff’s and Los Angeles Police Departments had grounded their choppers. According to reports the pilot had received a special “visual flight rules” clearance to fly by sight in worse than normal visibility in the controlled airspace.

After circling near airspace near the L.A. Zoo he was cleared to proceed north, toward Thousand Oaks where Kobe was taking his daughter for a basketball game. When he got to the Calabasas area, the fog became blinding.

The source, who spoke on the condition of anonymity, told ESPN that the pilot had, only moments before, contacted air traffic controllers to say that he had begun a climb to “go above the layer” of clouds present. Apparently the pilot was still way too low. Radar data indicates the chopper climbed to 2,300 feet and then began a left descending turn, when he smashed into the hills.

A source confirmed the identity of the pilot as Ara Zobayan, 50, who was among those killed in the crash. Those who knew him said he loved flying. According to Homendy he was an experienced pilot who also served as an instructor for Island Express Holding Corp. Its also been revealed that he was Bryant’s regular pilot and the two were extremely close.

Nicki Minaj’s Brother Sentenced In the Rape Of Step-Daughter

Ray J — who somehow always provides us with unlimited comedy and classic moments — is in the news again!...