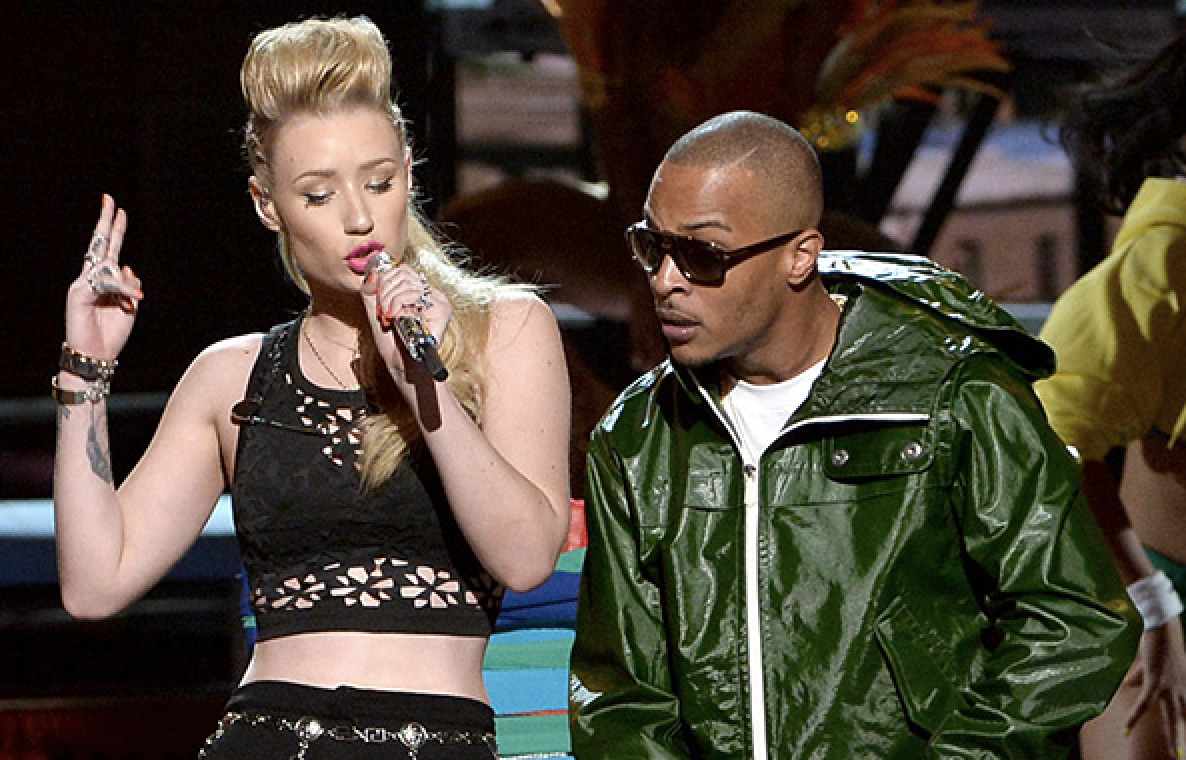 It was just a couple of weeks ago where T.I. got lambasted for claiming that signing Iggy Azalea was the “biggest blunder” of his career. But now, he’s opened a whole new can of worms and it’s ugly.

During a chat with The Breakfast Club, co-host Charlamagne asked Tip to clarify what he meant by his Iggy comments. Never one to shy away from a controversial statement, T.I. gladly obliged:

“As far as I’m concerned, I feel like when she found out white people liked her and she didn’t really need black people to like her anymore, she switched up, started acting different, made moves that I wasn’t proud of, that kind of placed my reputation in the line of fire. And she was very arrogant about it.”

Iggy got wind of T.I.s critique and in a series of now-deleted tweets the Australian rapper said her peace.

TWEET #1
When will this guy shut up. The only song you ever were a part of making was “100”
Thankyou for that, but you were NOT a part of the creative OR executive process on that album.
Which is why I’ve always taken issue with you trying to approximate yourself with it’s success.

TWEET #2
Please move on and speak about artist you are (hopfully) actually helping, and stop trying to bring me up for relevance. I don’t bring your ass up, NO ONE is asking about you.
I’m tryna be nice because I genuinely have better and more interesting things happening…

TWEET #3
But seeing a man speaking out of his asshole and blurting our one thing in public and another in private for years is really infuriating. Keep it pushing sweetie & worry about what your next story line is for family hustle.

Tyrese Is Still Mad About Slave Films, Pulls Out All The Stops For ‘Black & Blue’

The last time we were blessed with a Steven Soderbergh film starring Don Cheadle was in his 1998 hit ‘Out of...