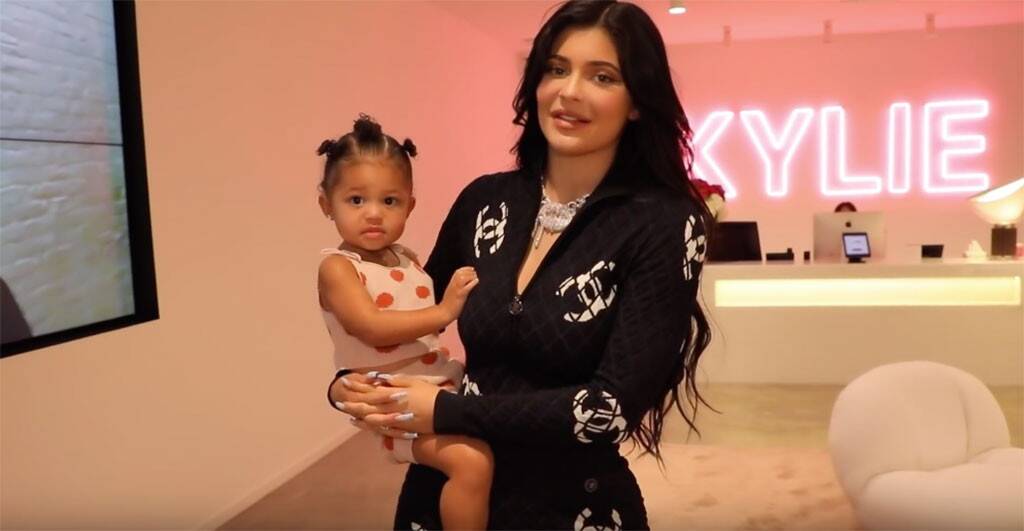 Kylie Jenner isn’t all lip kits and skin care — the girl is quick to make a buck off anything. And this time, the moneymaker is a meme.

Last week, KJ posted a video of herself on YouTube giving fans a tour of Kylie Cosmetics HQ. The vid ended with Jenner heading into her daughter’s playroom to wake her up and wrap up the tour. But, it was the song she sang to baby Stormi that has set off a windstorm on social media…

“Riiise and Shiiine” … that’s all it took and almost instantly folks on the internet meme’d it up and had a good laugh.

Ok but do y’all hate me yet pic.twitter.com/W3i6Z6y4CO

Rise and Shine but if Travis woke Stormi up pic.twitter.com/XPZWRWuByG

But, the laughs on us.

Kylie took the joke and is laughing all the way to the bank by charging fans $65 for “Riiise & Shiiinnee” merch.

And while we were giving all the credit to Kylie, Twitter seems to think this is all Kris Jenner’s doing.

So Kylie breaks up with Travis, Travis drops HITR and a week later Kylie drops her hit single "Rhïyse eñ Shìńë" which ultimately kick-starts her music career? Smells like another Kris Jenner masterclass to me idk idk

With the way Kris Jenner works I just know that Kylie is in the studio right now, with the top producers in the world, recording her debut single “riiise and shine”, that will win record of the year at the Grammy’s next year!

Related Topics:Kylie Jenner
Up Next

Prayers Up: Meghan Markle Is Not OK