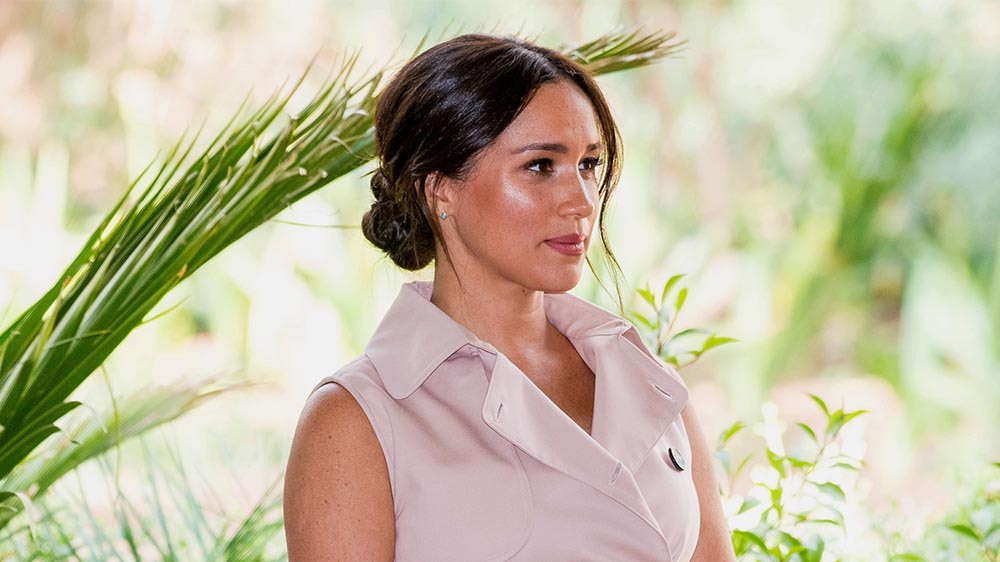 It’s a heartbreaking video, but one that will hopefully cause the British media to take a step back and give Meghan Markle a much needed break.

During an emotional interview with ITV’s Tom Bradby, the Duchess of Sussex opened up about the difficulties of living under the harsh scrutiny of the media spotlight in the UK. Meghan revealed to Bradby that it’s a “very real thing to be going through behind the scenes” and replied “yes” when asked if it’s “really been a struggle.” The former “Suits” actress also admitted she’s “not really ok.”

“Not many people have asked if I’m ok … it’s a very real thing to be going through behind the scenes.”

Meghan reveals to ITV’s @tombradby the intense media spotlight has left her struggling to cope while becoming a mum #HarryAndMeghan https://t.co/Uy21iE6ozJ pic.twitter.com/kZqhZV66OL

Since marrying Prince Harry last year, and giving birth to their first son in May, Markle has been bombarded with negativity from the press. It has gone so far that her husband, the Duke, has waged a legal war against several publications calling for legislation to prevent Meghan from enduring the same fate his mother, Princess Diana, succumbed to when she was killed in a car accident trying to flee aggressive paparazzi.

Meghan’s interview with Bradby was so raw and emotional, fans on Twitter began to send an outpouring of support with #WeLoveYouMeghan.

This shit is heartbreaking. You can clearly see the hurt in her eyes and watch these racist ass bitches use this against her too. LEAVE HER THE FUCK ALONE!! #WeLoveYouMeghan https://t.co/jzpYoQYELV

The grace and strength this woman has show is just remarkable. #WeLoveYouMeghan https://t.co/cJXCpRDSkh

Imagine doing your best to make the world better by helping communities, charities and people, and in turn you get a whole ass cult dedicated to trash and threaten you, motivated by the press to break you apart? This angel deserves better #WeLoveYouMeghan pic.twitter.com/ts8fDZiKUt

Can you imagine being Meghan for 1 day? your dad is a total asshole,the world constantly judging you & attacking you for every single thing you do. please just leave her alone if you don’t like her #WeLoveYouMeghan

It wasn’t that long ago that I was a new mom, and I certainly will never forget the postpartum depression. Can’t imagine having to live under royal and public scrutiny on top of all the responsibilities. #weloveyoumeghan https://t.co/sfeK8jOQnr

Thank you Meghan Markle, for every new mum, for every woman who is expected to always be ok..

On the flip side, look at all that she’s achieved and made happen while going through this. She’s inspired, helped, and made so many people happy and I’m so proud of her.#WeLoveYouMeghan

We’re keeping the Duchess in our prayers … she certainly needs it.

Rise & Shine … Kylie Is Quick To Kapitalize Off Anything!