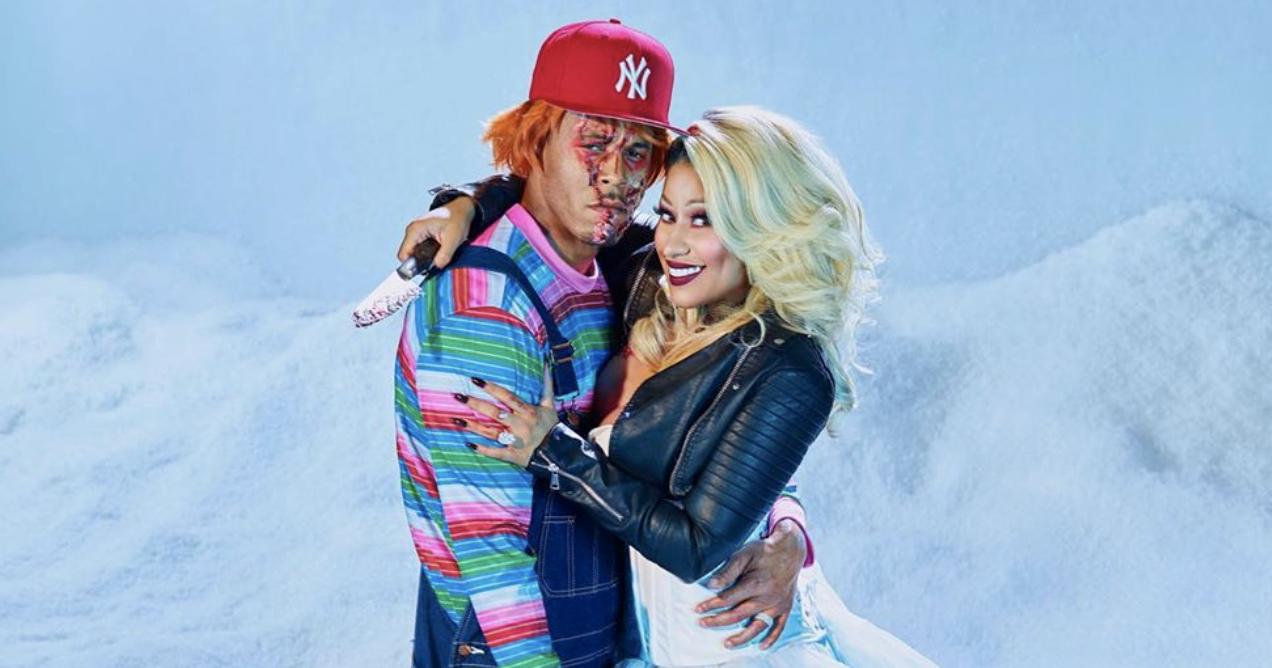 So, this Nicki Minaj marriage thing is real, real. And she reallyyy wants everyone to know her new hubby, Kenneth Petty, isn’t some money-hunger, clout chasing, bag-securing, hanger-on. Unfortunately, she’s not doing a good job at making her fans believe that.

Nicki showed off her massive ring on IG and a video from the jeweler who created the rings list the value of both their iced out pieces at $1.1 million.

His band is made up of 3 rows of marquee-shaped diamonds.

Rafaello & Co designed both of the custom rings. And they are valued at $1.1 million. @NICKIMINAJ pic.twitter.com/NgnNlcZcf6

Instantly, folks were like, we don’t believe you, you need more people #jayzvoice. That’s when the newlyweds hopped on Insta, in full Bride of Chucky costume steez, and clapped-back at the folks who questioned Kenny’s deep pockets.

This video did not help — it actually made things worse as folks took to Twitter to shade the hell out of Nicki for trying to make us believe that Petty’s pockets had anything but lint in them.

I believe Nicki Minaj brought her own ring. She weird like that lol

Nicki Minaj brought her own damn ring! He ain’t buy that shit where the money coming from all he do is follow her ass everywhere she go! Lol

I don't believe he bought that ring! That's Nicki trying to get that out there to convince everyone that she didn't hustle backwards with this guy.

Y'all know damn well the only ring he could afford is one from a gumball machine.

Halloween 2019: The Good, The Bad & The Utterly Outrageous!

Niecy Nash Announces Divorce … Is Her Banging Bawdy To Blame?

Gospel singer Kelly Price has finally come forward and declared she was not missing. “I was never missing,” she said...

More details are emerging about the mysterious disappearance of Kelly Price. On Friday news broke that Price was registered as...

The Wonder Years is back on ABC and with a whole lot of new and familiar faces. Inspired by the...