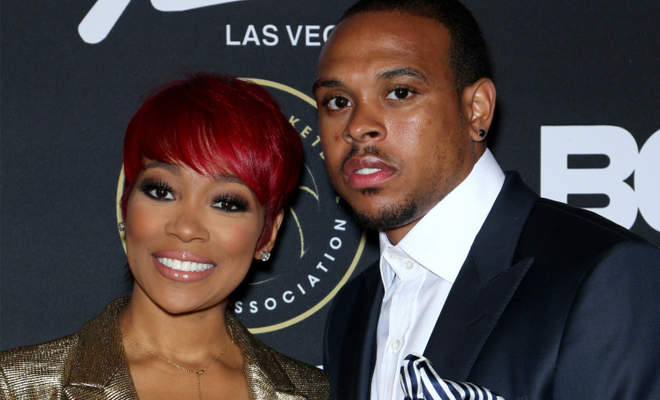 Monica is officially no longer a Brown!

The singer’s divorce from ex-NBA baller Shannon Brown is now finalized after spending a few minutes Tuesday morning before a judge. The singer and her attorney, Tanya Mitchell Graham were present for the hearing in Fayetteville, GA but her now ex-husband, Shannon, was a no-show.

According to reports the proceedings lasted less than 10 minutes and was drama free. The judge granted Monica’s divorce and — as she requested — restored her maiden name. She’s now back to Monica Arnold.

As previously reported, Monica filed for divorce back in March after nearly 10 years of marriage to the former Lakers star. They had separated about a year ago. They have a 6-year-old daughter together, Laiyah. As for an agreement on child support … the details were sealed in court. No word on if either will pay spousal support but we get the sense Shannon is big mad and could pull a Kendu and ask for all Monica’s coins.

Just a few days ago he asked his Instagram followers if he should sell his wedding ring. In a now deleted post, Brown shared a photo of his diamond band with the caption: “The difference is …. free giveaway or naw.”

#Monica has officially dropped Brown from her last name after her divorce from #ShannonBrown had been finalized. She wasted no time flaunting her ringless finger and changing her IG name to #MonicaDenise. The split clearly hasn’t sat well with Shannon as he also has been posting shade himself … including posting a possible a free giveaway of his wedding ring 👀 #SwipeLeft

Clearly Brown was being petty and is hurt hurt about this divorce. Ironically neither of them have explained what caused the end to their marriage. I guess we’ll have to wait on the next Monica album for the details. Peep how sis wasted no no time flaunting her ringless finger and changing her IG name to #MonicaDenise.