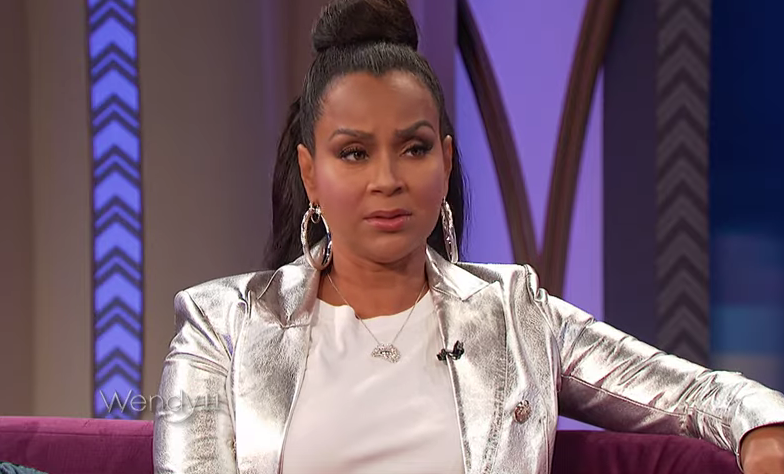 Appearing on “The Wendy Williams Show” on Wednesday, the host dove headfirst into the good stuff, bringing up McCoy’s recent comment that introducing Martin to her ex-husband Michael Misick was “one of the worst things I ever did.”

“I just know he’s not my friend anymore,” she began, after Williams brought up her “All of Us” costar. “He was my brother, I called him my brother and for me, at the time, he was my example. Being a married couple, I wanted to be around them because I wanted [them] to show me how to be a new wife.”

Martin was married to Tisha Campbell at the time, though the two split in 2018. As previously reported LisaRaye claimed during her episode of TV One’s Uncensored that Martin brought women around her husband and was the cause of their split. She made sure to clarify that he wasn’t the sole reason for their divorce.

“Let me be clear, I never said Duane broke my marriage up, I said he was a friend of mine and he shouldn’t have been in places that he was in with my now ex-husband.”

When Wendy said she wasn’t “being specific” enough, McCoy said she didn’t need to be. “When you tell a person, ‘You’re no longer my friend, if I see you, you don’t have to ever speak to me again, if you were on fire I wouldn’t spit on you. If I said these things to you, that means I no longer give a damn about you,'” she explained. “I know that he can not break up my marriage, no one can do that, you’re only responsible — you and your husband. But there’s a code of conduct you must have when you’re in a relationship and he broke that, he broke the friendship.”

Williams asked if that meant Martin was introducing her ex to other women — which she claimed on TV One’s “Uncensored” earlier this month — McCoy said, “I will say that he was with him, I know that. He was with him, a lot of times. Michael doesn’t have a problem finding relationships. He was a playboy when I met him.”

Speaking about her divorce from the Turks and Caicos politician, to whom she was married from 2006 to 2008, LisaRaye took some blame for the split. “Neither one of us was 100%,” she told Wendy. “I cannot point the finger at him.”

That being said, she said the last straw was “a lot of shenanigans” and him not being honest. Wendy asked her if former 106 & Park host Rosci Diaz, whom LisaRaye previously accused of cheating with her husband, was cause for the spilt.

“I don’t know what parted she played in his life, I just know I’d seen her a couple of times in places she shouldn’t have been,” she said before clarifying that she never caught them in bed.

Another alleged mistress of Misick, Nicole Murphy, also came up in the conversation. Wendy asked LisaRaye flat out if the two had an affair and she said yes.

“I know she did,” LisaRaye reiterated. “She did a play of words, she said I did not break up LisaRae’s marriage. I wouldn’t give her that much credit to say she broke up anything.

According to LisaRaye the two actually had a conversation before Murphy appeared on Williams’ Show and she admitted to the affair.

“When you’re a woman and you’re grown, let’s handle it like a woman,” explained the actress.  “Let’s talk face to face and get it out. I will say this, I’m not a saint, I’ve got some skeletons in my closet as well, they may come out, they may fall out but right now they’re in. When she got here and said I lied, I was like, wait a minute, you should have pleaded the fifth.”

Can we just say we love LisaRaye’s candor and need her to get her own talk show. The tea spill is always real.

Niecy Nash Announces Divorce … Is Her Banging Bawdy To Blame?