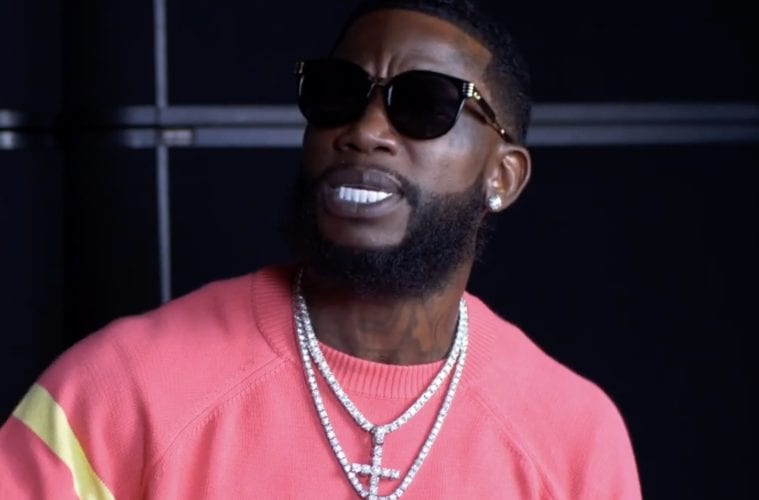 Mannnn, listen — Gucci Mane sat down with Charlamagne for an hour long interview and just minutes before it was over the old Guwop returned and issued some intense, veiled threats for DJ Envy and Angela Yee.

The interview was mostly pleasant … Gucci talked about how he has changed over the years, his love for his wife, what incarceration taught him and more. But, things took a sharp turn when Charlamagne brought up his “The Breakfast Club” co-host and the alleged ban from the show. Although Charlamagne claims there was no ban, Gucci clearly see things differently.

The so called ban was the result of an interview Gucci did with The Breakfast Club in 2016 where he claimed Angela tried to pursue a sexual relationship with him. Yee denied it, but it was recently brought back up on TBC where the co-host, again, denied the ban.

Mane also seemed especially mad at Envy for bringing old tweets in which Gucci recounted all the industry women he has bedded. Overall, the “Delusions of Grandeur” rapper has a real beef with the DJ and even threatened to slap him.

Gucci goes off around the 54-minute mark…

Hearing about the interview, and the slap-threat, Envy took a break from his vacation to respond.

Me and My Dog..🤣🤣🤣… Welllllll… @cthagod gave me a heads up when this interview was done and I told him play it.. This isn’t the 1st time I’ve been threatened by an artist and probably won’t be the last time… I never been slapped, or snuffed or jumped before so not sure where that came from… but funny by all means… @laflare1017 was never banned from the @breakfastclubam When asked, “Would I do an interview without Yee…” My reply was, “I will not do anything unless you clear it with my co-worker.. We call that riding for your team where I’m from!!! And he’s upset because my coworker defended herself… Never in a million years will I tell my co-hosts what to say or what not to say.. We share that platform.. When Gucci did that post about Yee, she defended herself on the Breakfast Club and he’s mad because “I let her do it”…. I Have never ran from a Conversation in my life… My Kids are good, my wife is great and My Dog is excellent… Anyway, I heard some lies and wanted to address it… Back to enjoying Paris… 🇫🇷

Although the new reformed Gucci may think twice about committing assault and battery, the old Gucci — one who killed a man (in self-defense as he stated) — might creep back up and he’s pretty unpredictable. Envy may want to chill on this one…

TakeMeBackTuesday: Before Nicki Minaj Got Hitched, Drake Tried To Make Her Wifey

#AboutLastNight: Tyrese Steps Out With His Boo, Zendaya Shuts Down Another Red Carpet & More