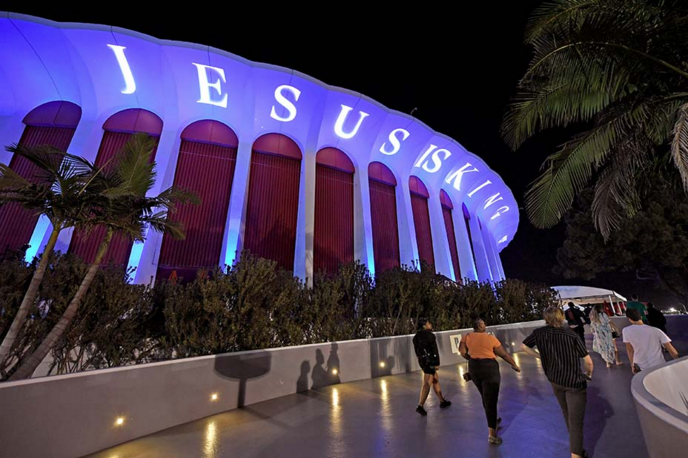 Kanye West is finally ready to drop his long-awaited gospel album and film of the same name, Jesus Is King. At The Forum in Los Angeles on Wednesday night — nearly a month after the original release date of his new album — the rapper, singer and veteran controversialist presented what he called the Jesus Is King Album & Film Experience. HipHollywood was not inside but took careful notes from clips posted on Kim Kardashian’s Instagram stories and from various other fans who were able to sneak their phones inside the exclusive event. Here’s 5 things we learned.

West Aims To Save Souls With ‘Jesus Is King’ Film

For both the album and film West is clear about his mission to save souls. At one point in the 30-plus-minute IMAX film the rapper states, “We’re here to spread the gospel. I’m not here for your entertainment.” Directed by high-end fashion photographer Nick Knight, the film, captures a Sunday Service performance held inside James Turrell’s Roden Crater land-art project in Arizona. The choir mostly does traditional gospel material, but the movie also has West tenderly crooning a modified version of his song “Street Lights,” from 2008’s “808s & Heartbreak,” and singing as he holds newborn son, Psalm. The concert film will be released Oct. 25 exclusively in Imax theaters around the world.

The Album Is Strictly About Religion

He Dedicates A Song To Kim

West also put forward his faithful husband and father side with “Closed on Sunday,” the second to last song on the album and a dedication to his wife Kim Kardashian. Its lyrics include the hook “Closed on Sundays, you’re my Chik-Fil-A / Hold the selfies, put the ‘Gram away,” and the more political, “No more living for the culture, we nobody’s slave.” 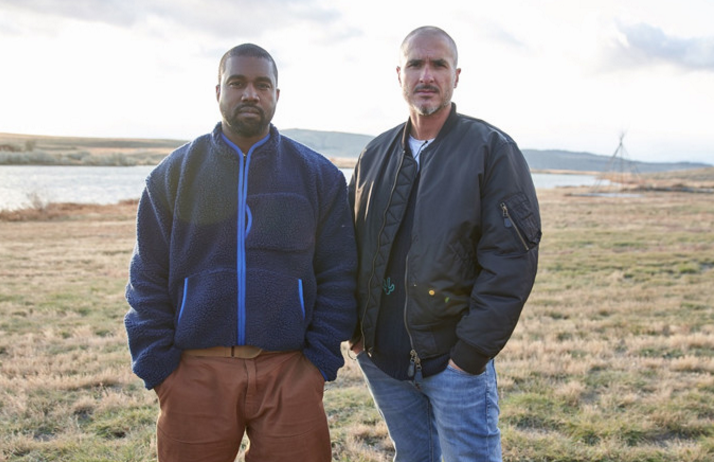 During his interview with Zane Lowe (pictured above) for Beats 1 Kanye mentioned how he had toyed with the idea of having those working on music with him engage in fasting. But he also put down one rule during the production of Jesus Is King, one that might sound controversial to those familiar with his older music. Kanye revealed that he asked people working on Jesus Is King with him to not have pre-martial sex while working on the project. “I was asking people to… this is gonna be radical what I’m about to say,” he started. “There were times where I was asking people to not have premarital sex while they were working.”

Despite performing 10 songs at his NYC listening session, JIK will have 11 tracks. West shared the official track list with his fans via Twitter on Thursday. Check it out below. Noticeably absent are the tracks “Beauty From Ashes”, “New Body” Feat. Ty Dolla $ign & Nicki Minaj and “L.A. Monster” in which were originally previewed in New York.

We’re not sure why LisaRaye was talking about Halle Berry’s sex game … but here we are. An episode of...