Word on the street is Issa Rae is ready to bring us a new “Set It Off” and we’re here for it! Oh, and she’s not just producing it, she’s looking to possibly star in it, too! Writers have already been tapped — Syreeta Singleton (Black Monday) and Nina Gloster (Star) — but, the real question is what 3 ladies will be standing next to Rae ready to ride or (and) die?!

Thinking of this reboot got us excited for a few other that have been buzzing for years. See the list below…

LeBron James’ SpringHill Entertainment is producing a remake of the 1990s film franchise for New Line, with “Atlanta” writers Stephen Glover (Donald Glover’s brother) and Jamal Olori. The film, centered on a party held at a high-schooler’s house while his parents were on vacation, starred hip hop duo Kid ‘n Play … who could fill those shoes in 2019?

The blaxploitation classic starring the late Tamara Dobson, is set to be reimagined, with Underground creator Misha Green set to write and produce the project.

LA Clippers power forward Blake Griffin and Carolina Panthers center Ryan Kahlil are are said to be heading into the film with their production company, Mortal Media. And there first project? Teaming up with Black-ish creator Kenya Barris to develop a remake of “White Men Can’t Jump”, the 1992 sports drama-comedy written and directed by Ron Shelton, starring Wesley Snipes and Woody Harrelson as streetball hustlers. Pretty apropos, right?

It’s less of a remake and more of a new chapter, but the Bad Boys are back and we couldn’t be happier! Will Smith and Martin Lawrence are reprising their roles as Mike Lowery and Marcus Burnett in the upcoming film “Bad Boys for Life”, the third and final installment of the “Bad Boys” franchise. The film hits theaters on January 17, 2020.

And for good measure … hopefully a “Girlfriends” movie. We deserve!

GIRLFRIENDS X BLACKISH ~ @therealgolden47 @misspersiawhite @itsmejillmarie @blackishabc my giiiiirlfriends are guest starring on #blackish tuesday, october 8! we haven’t all been together on camera since 2006. these are women i grew up with and love deeply and it was easy tap back into the magic of our chemistry and how much we love each other. it was giggles on top of giggles on top of giggles. girlfriends ran for 8 years and was important to so many people. being able to merge the worlds of @blackishabc and girlfriends was surreal for me and so much fun. 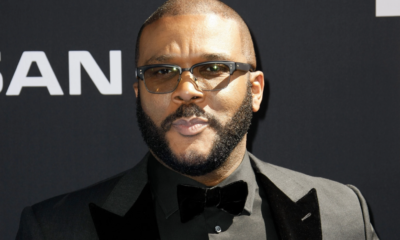 Tyler Perry is about to give the ladies of “P-Valley” a run for their money. The media mogul is creating...