Lamar Odom’s darkest days may be behind him, but in his new memoir, the former NBA star is shedding light on his most troubling moments.

In the book, Darkness to Light, the NBA champion writes, “I have been obsessed with sex for as long as I can remember. I am a sex addict.” It’s not necessarily a shocking revelation, especially given the drug and alcohol addiction that almost took his life in 2015 while he was visiting a Nevada brothel (which he described as a “wake up call”). But, the details of this particular addiction are, indeed, shocking.

In excerpts exclusively obtained by People, the 39-year-old reveals that he has had sex with more than 2,000 women. “There were too many strippers to count,” he writes. “It wasn’t a big deal, but often I would pay them. I never thought less of them.” And yes, this occurred during the years he was married to Khloe Kardashian. “I was shocked and embarrassed,” he tells People. “I wanted to take it back, but you can’t. [I] wanted to hide it. But that sick sin was hard for me to hide … I had a problem.”

Thankfully, now Odom is drug and alcohol free, and continuously working on his sobriety. “I’m still an addict,” he writes in his book. “I still struggle … [But] I will not go into the darkness. Ever again.”

Darkness to Light is out May 28. 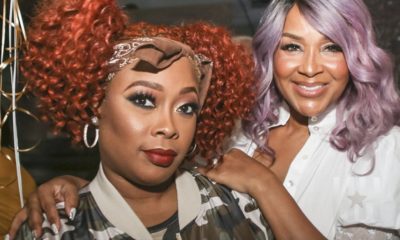 LisaRaye has made up with her sister Da Brat after months of not speaking. On Tuesday night Da Brat celebrated...