If you know anything about Brie Larson then you know she is tough as nails and has a heart for speaking up for women and other marginalized groups. In 2017 she made headlines for calling out the lack of inclusivity in the film industry, particularly when it comes to film critics. And she’s been a big voice for the #TimesUP movement.

So … it should come as no surprise that the Oscar winner was cast to play the MCU’s biggest superhero in Captain Marvel.

But while Larson prepped for 3 months and got in the best shape of her life she still needed a little help from her co-star Samuel Jackson.

“There’s are a lot of things that go on around a huge movie like this, so we talked about the huge responsibility of accepting something like this and how it’s going to effect the rest of her life,” said Jackson who reprises his role as Shield agent Nick Fury.

HipHollywood caught up with both ladies to discuss the magnitude of the film and what it will mean to young women and girls. 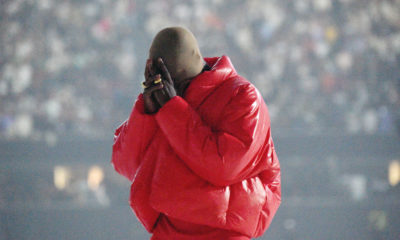 Kanye West’s album listening party maybe over and done, but according to reports he’s still in the building. Apparently he’s...