Black Panther wouldn’t be the cinematic success it has been if it wasn’t for these beautiful Black queens — and, until today, you probably didn’t even know their names!

Ruth E. Carter and Hannah Beachler worked tirelessly behind the scenes of Black Panther and both walked away with their first Oscars on Sunday night. Additionally, Carter and Beachler both made history and broke down barriers with their epic wins!

Ruth’s win for her flawless fashions for our fave Wakandans cemented her as the first Black costume designer to take home the Academy Award.

In her acceptance speech Carter thanked Spike Lee for giving her, her first shot in “Malcolm X”, which also gave her, her first Oscar nod. She was also nominated for “Amistad” in 1997.

The most touching part of her speech may have been when she thanked her 97-year-old mom watching at home, who she called the “original super hero.”

Beachler’s win in production design for the beautiful land of Wakanda makes her the Black person to win (or even be nominated) in this category! Her impeccable work also gained recognition in the 2016 best picture winner, “Moonlight.”

With tears streaming down her face, Hannah thanked Ryan Coogler for believing in her and giving her the space to create freely. 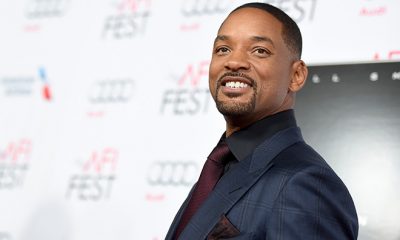 Will Smith Is Considering A Career … In Politics

Will Smith has already mastered the music, film and TV industries, but he could add politics to the list. During an...