J. Lo is a goddess. Like, literal goddess! We don’t deserve her, or her effortless slay. But, thank goodness she gives it to us anyway.

Jenny from the block stepped out for the premiere of her new film, Second Act, wearing a dress that was about a block long. No lie. The train on her pink Giambattista Valli Haute Couture 15 gown practically covered the entire red carpet. It was a lewk!

Oh, and the high-low showstopper didn’t just take up the entire carpet, it also filled up her entire car. While on the way to the premiere at Regal Union Square Theatre in New York City, Jenny’s boo Alex Rodriguez couldn’t even sit next to her — he had to sit across from bae and her big a** dress.

We’re sure he didn’t mind though — and we’re sure he was tasked with helping her get out of the car. But, just look at her! It was worth it.

Although J. Lo slayed this look, it isn’t the first time she’s had us gagging over her gorgeousness. Let’s take a quick trip down memory lane…

Jenny served up some spiritual sexiness at the 2018 Met Gala.

Look, at this point, is it a J. Lo dress with out cutouts, slits or plunging v’s? No, no it isn’t. Why, you ask? Because when it contains at least one of those 3 things she’s sure to slay, just like she did here at the 2017 Billboard Latin Music Awards.

Lopez made mint green magical at the 2015 American Music Awards. And the body, that body is pretty magical, too!

And the moment that solidified it all. When Jen hit the 2000 Grammy Awards red carpet wearing this exotic green Versace silk chiffon dress (with Diddy by her side) jaws-dropped, audible gasp were heard and she was cemented as a fashion queen. This. Was. A. Moment!

Michelle Williams Bows Out Of Broadway Show … Find Out Why! 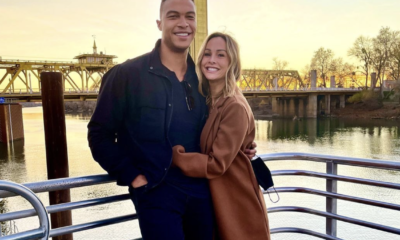