You already know it goes down in the DM’s so you can only imagine what type of messages Michael B. Jordan is getting.

HipHollywood sat down with the handsome actor about what type of direct messages he’s getting on Instagram and he was super honest. According to MBJ he gets a lot of “crazy stuff” (i.e. messages and photos from female fans). But, believe it or not, he actually responds.

“Honestly I get a lot of mom’s hitting me up about their sons and how much their sons are fans, and asking if I can talk to them or whatever the case may be,” he explained. “I’ll send messages and little words of encouragement, little things like that because that’s important, that’s really what it’s about.”

As for the other stuff, he didn’t divulge but we have a feeling from his bashful grin it’s lit. The Creed II star did give us all the tea however on getting into fighting form and taking his workouts to the next level for the sequel.

“Me and Corey (Calliet) my trainer we wanted to take things to the next level,” explained the 31 year old. “For the story, Drago is huge so we didn’t want people to be like why are they in the same ring, we wanted it to to be as realistic as possible so Florian (Munteanu) dropped some weight and I put on as much weight as I could within in reason, and that’s what you got.”

Brawl Breaks Out At Pusha T Show, But Are We Surprised?

Toni Braxton’s Engagement Ring Stolen + More Stars Who Have Had Their Jewels Jacked! 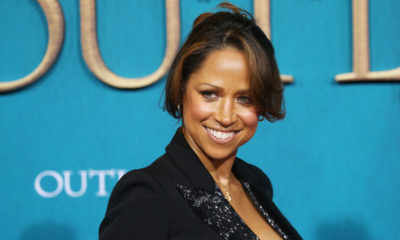 Stacey Dash just opened up about her “deepest, darkest secret” while on the Dr. Oz Show. During the interview on...