Issa Rae is a gem; a Black national treasure — we celebrate her and her endless amounts of comical shade!

Rae, who was the first Black women to host the Council of Fashion Designers of America Awards on Monday night, gave all the #BlackGirlMagic feels with her own special brand of sass and snark.

The sass was found in Issa’s stunning blue outfit by Black designer Pyer Moss. The fit was adorned with a belt that read “Every Ni**a Is A Star,” which is the title of the Boris Gardiner song famously sampled by Kendrick Lamar in his To Pimp a Butterfly opener. Winning.

The snark came at the expense of Kanye West whose wife Kim Kardashian was on hand to receive her “Influencer” award. A Kanye joke, in front of Kanye’s girl … brilliant! Rae quipped, “I’m about as fashionable as Kanye is black — only when it’s convenient,” she said. But, then Rae added, “That joke was my choice, just like slavery.”

You gotta love this girl!

Trevor Jackson Just Called This Guy Out For Being “Super High” … And It’s Hilarious! 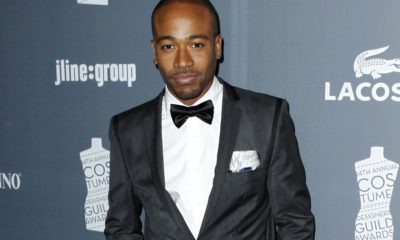 Columbus Short is spilling some new details about his relationship with Britney Spears. In case you forgot, back in 2003...