It’s poignant, nuanced, gut-wrenching and powerful — it’s Ta-Nehisi Coates, being Ta-Nehisi Coates. But this time the keyboard assassin has his sights set on Kanye West.

“Brilliant” is the word that has flooded many timelines in an effort to describe Coates’ new essay, “I’m Not Black, I’m Kanye.” In a think-piece for The Atlantic, Coates explains what he feels Yeezy really wants, and thats “white freedom.” But, the lengthy read doesn’t just tackle Ye’s recent short-comings, Ta-Nehisi also muses about his own, which makes what could be seen as a harsh critique more of a impassioned observation. However, don’t be fooled, Coates doesn’t mince words when it comes to Mr. West, especially when he writes:

Tough love? Exasperated hate? Both? You’d have to decide for yourself. Twitter, however, seems to be overwhelming in support of Coates’ contemplations. 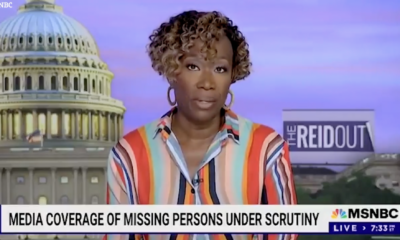 Host Joy Ann Reid is in the news again because of her fiery commentary. On Monday’s airing of The Reid...