It looks like French Montana is really into Iggy Azalea, and he just gave her some majah bling to show it. On Thursday morning, Azalea stunted on Instagram, showing off not one, but seven diamond rings French gifted her.

“He told me pressure makes diamonds @FrenchMontana @iceman_nick,” she captioned the photo, also tagging her beau and the jeweler. 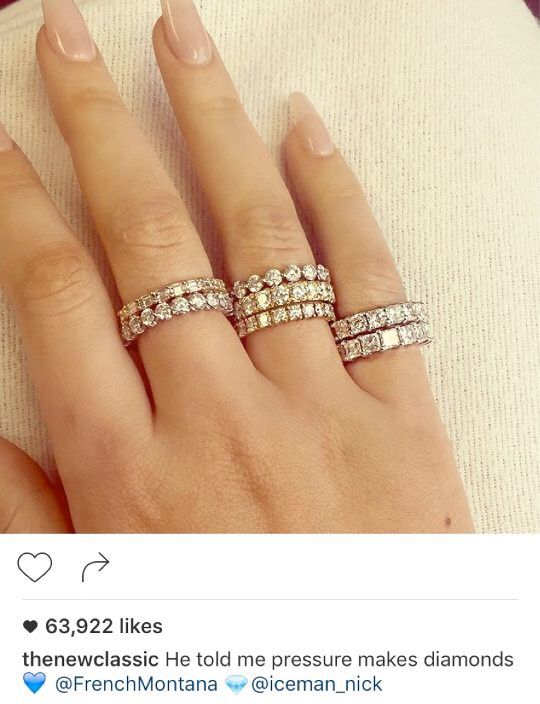 Neither have confirmed reports that they are dating, but sources close to their camps say they are really into each other. “[They] are very much a couple,” an insider told Us Weekly. “They’ve been all over each other.”

Rumors first began swirling after the two were seen hooking up at a party in Las Vegas on July 23. Then, the duo was spotted on a romantic vacation in Cabo San Lucas, Mexico, the following month.

Iggy broke up with NBA baller Nick Young back in June after learning he got his son’s mother, Keonna Green, pregnant while they were still together. Meanwhile, French was previously linked to Khloe Kardashian and actress Sanaa Lathan.