Ciara has experienced the highest of highs and lowest of lows all in one year … now she’s putting her feelings on wax.

Motherhood and heartbreak have no doubt changed Ci Ci and that’s why her upcoming album Jackie is her most personal yet. “I just feel so many different things now with life and as a woman I feel a whole different confidence and I feel a need to express,” the singer told HipHollywood.

Ciara recently dropped the first single from the album titled “I Bet”. On the song she sings about her failed relationship with ex-finacé Future. While at the Essence Black Women in Music event, Ci told HH why she decided to get so personal in her music. “I think we need realness … it’s important to me that I get to express myself exactly how I want to as an artist,” the “Ride” singer revealed. 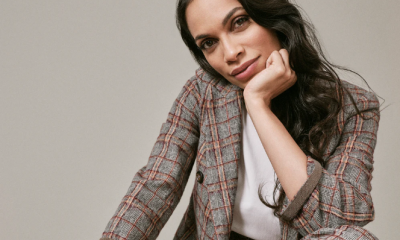 Rosario Dawson has just come out as part of the LGBTQ community. But are you surprised? For years there have...

We know we’re not the only one’s excited about the sequel to Coming To America. Even the stars of the...

Once again HipHollywood got an exclusive invite inside the most exclusive pre-Oscars bash and we have Alfre Woodard to thank....

Rihanna may be dubbed the “badgal” but she loves to do good. According to Forbes she is the worlds richest female...

Michael Blackson is making a bold proclamation about the upcoming Coming To America sequel. As previously reported Blackson has a role in...