Tyga and his reported girlfriend, Kylie Jenner, seem to be inseparable these days. So much so, the rapper skipped out on an appearance at a Hollywood nightclub because the venue wouldn’t let 17-year-old Kylie in.

A source tells TMZ that before Tyga’s appearance at Greystone Manor on Sunday night, the rapper “begged and pleaded” to get his underaged boo into the club. Apparently, Blac Chyna’s baby daddy called “several times” and even pushed his arrival time back to 1:30 a.m, in hopes the club would change their minds. But because the venue is 21 and over, they stuck to their guns.

Per the insider, Ciroc was the sponsor for the Tyga hosted event and they were not pleased … Rightfully so.

Tyga and Kylie have been linked together for months, but the two have both denied dating rumors. “Kylie? Nah. See the thing about Kylie … I’ve known Kylie and the whole family for four year,” Tyga recently told Vibe magazine. “I introduced [Blac] Chyna to Kim Kardashian about a year ago. So everybody’s been cool, but like it’s just so hard, their world is different.” 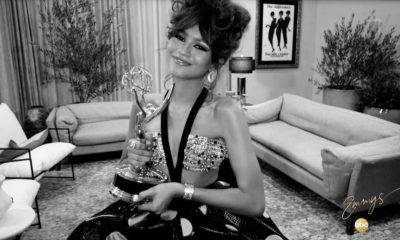 Zendaya Makes History, Regina King Gets Her Flowers … The BEST Parts Of The 2020 Emmy Awards

It was Black Folks Magic all up and through the 2020 Emmy Awards on Sunday! Even though there was no...