Halle Berry is officially hitched. The actress and Olivier Martinez tied the knot over the weekend at Chateau des Conde in Vallery, France.

According to reports, the couple wed in the Renaissance complex, just an hour South of Paris. A source tells Us magazine that it was a down to earth wedding with nearly 60 guests in attendance. White marquees were reportedly put up, and after the ceremony, guests partied well into the night.

Berry, who claimed she never wanted to get married again, is surprised she took the plunge. “Who knew? I swore marriage off, right? Never say never, people,” Berry told Extra in a recent interview. This is Berry’s third marriage.

Berry and Martinez are expecting their first child together this fall. Berry has a 5-year-old daughter (Nahla), with ex-boyfriend Gabriel Aubry.

Congrats to the lovely couple.

Can You Handle “The Real”? 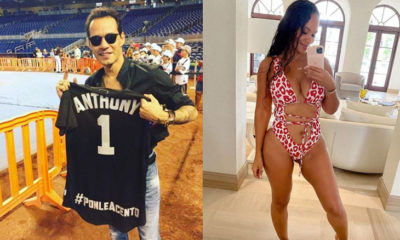 Sorry folks, Marc Anthony is not dating Evelyn Lozada, at least that’s what his reps are saying. After the internet...